How many Yemenis is a DC pundit worth? 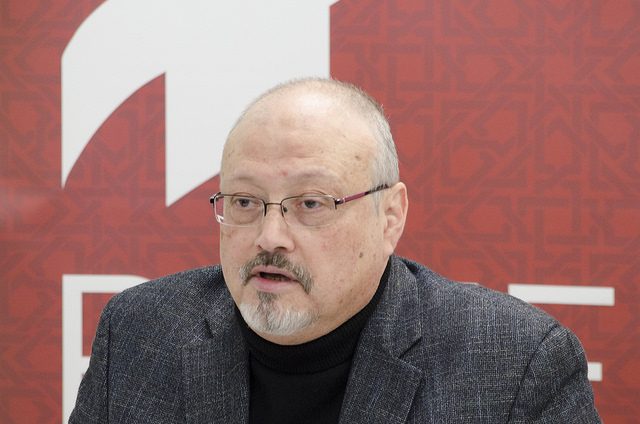 Saudi Arabia has dominated the news cycle after Saudi journalist Jamal Khashoggi was disappeared in the Saudi consulate in Istanbul, and, according to Turkish sources, murdered by a 15-strong team of Saudi agents. The public relations backlash might spell trouble for Crown Prince Mohammed bin Salman (MBS), while Western governments have scrambled to express “concern” about the case, in what is more about protecting their interests and Western corporate dealings in Saudi Arabia than any genuine concern for human rights.

It seems that having Khashoggi, a former insider, dish out criticism from the Beltway was too much embarrassment for MBS, who is the most powerful man in the country, to tolerate. The West had let MBS get away with everything until now, as he was their man, the one who would deliver some window dressing reforms to appease Western public opinion while facilitating billionaire dealings for corporations, especially weapons manufacturers. However, this final stunt seems to have backfired, at least for MBS.

It is impossible not to compare the reaction to this episode to the corresponding ones to Saudi war crimes in Yemen. When the Saudis bombed a market, when they launched a double-tap strike (1) on a funeral, when they hit a Yemeni school bus, it barely registered. All those episodes made headlines, as does the humanitarian crisis now and then, but there was no outrage to follow in Western ruling circles, almost as if this were a natural disaster with no one to blame.

More than that, Saudi officials were always given ample space in the mainstream media to deny the strikes (even though nobody else flies planes over Yemen), or to defend that the targets hit were “legitimate.” Additionally, there were always trusted figures ready to come out, wave the Iran bogeyman, and shield the Saudis from scrutiny. The Saudi lobby in DC is definitely getting its money’s worth.

So what is the difference now? For one, Khashoggi had friends in DC. These are people who are happy to let these sort of atrocities happen, and go on defending Saudi interests, but they do not expect the proverbial hammer to be dropped on one of them.

Plus, there was the fact that this was done so blatantly in a foreign capital, and that it was not done quietly. MBS had gotten away with everything, but this time he clearly overplayed his hand. Turkish sources have been leaking information to the media, making it impossible for Saudi authorities to spin or deny the accusations. The media frenzy has forced Western leaders to demand an investigation and express (or feign) concern for human rights.

An immediate consequence has been the pulling out of several participants from the high profile investor conference scheduled for later this month, nicknamed “Davos in the Desert.” But one thing should be painfully clear. The killing of market dwellers, mourners, first responders, and even schoolchildren, not to mention the widespread famine caused by the Saudi war, were not an obstacle for the World Bank to take part in the conference, or for the New York Times to cover it, or for Richard Branson to engage in joint ventures with the Saudis, etc.

Even if by some magic trick, or tremendous cynicism, one gave the Saudis a pass for the death and misery unleashed on their southern neighbour, there is still quite a laundry list of human rights abuses in recent times. Activists and regime opponents are still routinely arrested and killed, military operations take place in the restive (and majority Shia) region of Qatif, and even Saad Hariri, former Lebanese PM and pliant ally, was kidnapped from Beirut, held against his will and forced to resign. These are just a few examples.

Somehow none of this seemed a cause for “concern” over Saudi Arabia’s, and MBS’ in particular, regard for human rights. And despite all the publicity, leaders such as Trump and Canada PM Trudeau have made a point of reassuring weapons manufacturers that no billionaire deals are being suspended. It might seem strange at first to be concerned about a regime’s regard for human rights and still sell them precision-guided missiles. Until we remember that these missiles are destined for unworthy victims. 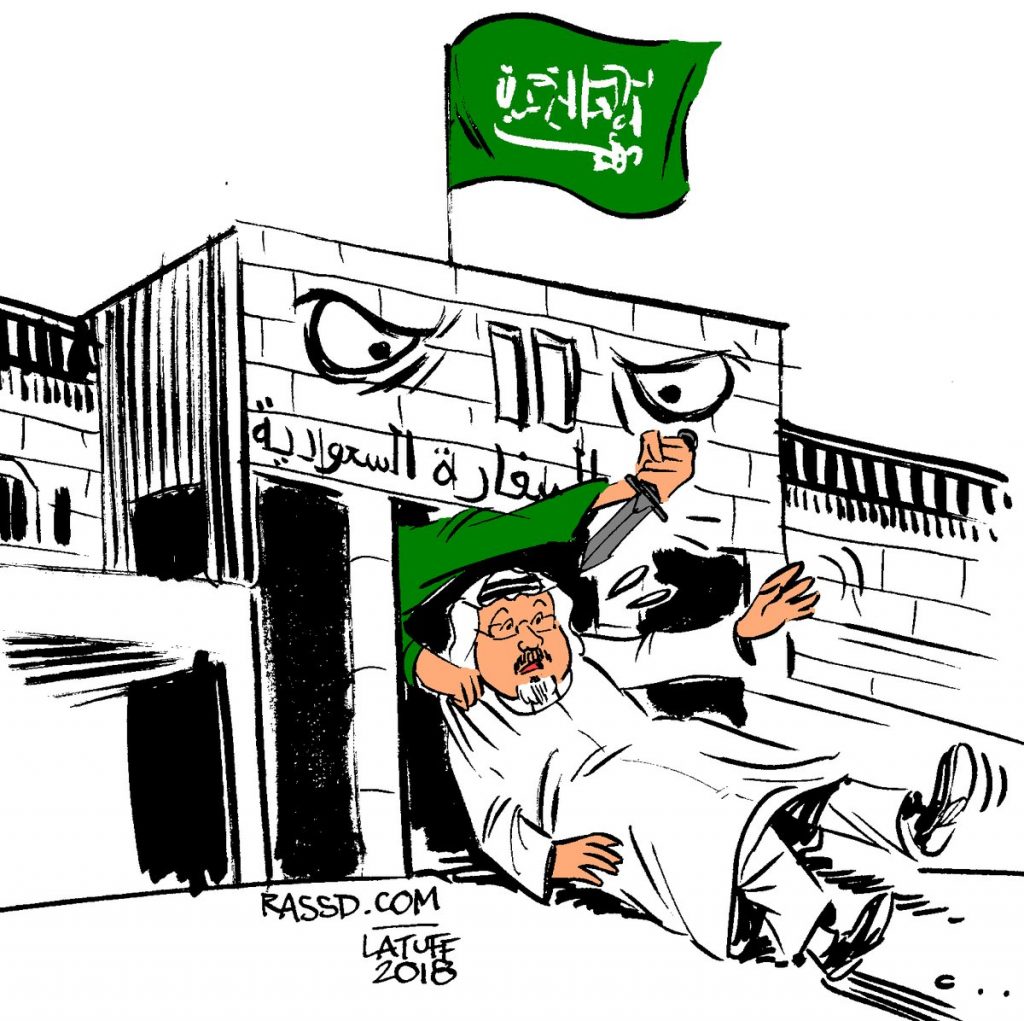 Human rights and (the highest stage of) capitalism

As to what happens now, there are many possibilities. For the Crown Prince, he who was the subject of the most embarrassingly fawning pieces in western media, the honeymoon seems to have ended. He might retreat to a lower profile for a while or be pushed aside by more senior royals. In the meantime we get to watch Thomas Friedman try and walk back from his sycophantic efforts to praise MBS for single-handedly bringing the Arab Spring to Saudi Arabia.

The outcome of the PR crisis is less certain. Turkey might try to leverage the episode to improve relations with the US or to ease the Saudi-led hostility against its main gulf ally, Qatar. This will influence their handling of the upcoming investigation. The Saudis, unable to deny the undeniable, might try to look for a scapegoat to cast as a rogue agent, jail some people, appear penitent, and pray that their millionaire investments in DC think tanks will be enough to gain control of the narrative.

For Western governments and multinational corporations, make no mistake, this is hitting the lottery, provided everyone can steer clear of bad publicity for now. The “modernising” and pompous Vision 2030 plan, cooked up with consulting giants, will open sectors of the Saudi economy to private capital, because there is nothing more “modern” than privatisations. The crown jewel in this opening is, of course, oil behemoth Aramco, with an IPO that has investors salivating already pushed back to 2019.

The Khashoggi affair means more leverage for Western governments and multinational corporations, deals in more favourable conditions and perhaps, once the dust settles, even more billionaire weapons deals. The Trump administration might also try to use the current crisis to push the Saudis into increasing their oil output (to lower prices), with Secretary of State Pompeo being sent to handle the crisis.

The West’s close relationship with Saudi Arabia is predicated on oil, safeguarding Israel’s interests, projecting imperialist interests in the region, and securing business for corporations. The brazen murder of a journalist is just bad publicity, nothing more. Democracy and human rights have never been a factor in Western dealings in this part of the world, or any part of the world for that matter.

Therefore, expect a hefty dose of grandiloquent human rights discourses in the coming weeks, lest people start wondering if corporations have no concerns but profit, some sabre rattling in return, and then a publicity campaign to restore Saudi image, so that everything can go back to business as usual. In Yemen, unfortunately, the business of death and humanitarian disaster will go on unimpeded. So how many Yemenis is a DC pundit worth? We are at tens of thousands, with millions on the brink of starvation, and still counting.

(1) A double-tap strike is the technique of following a missile or air strike with another strike shortly afterwards, to target first responders.