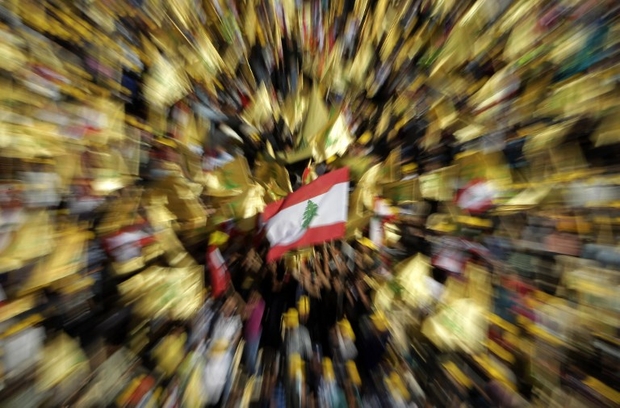 When it comes to America’s sensational narco-demonisation of Hezbollah in the interest of both financial and physical war, the hypocrisy is clear as day.

On 8 June 2017, the United States government hosted one of its regular gatherings to discuss the enduring threat posed by that alleged narco-terrorist menace known as Hezbollah – Lebanon’s Party of God.

This particular House Foreign Affairs Committee hearing was titled “Attacking Hezbollah’s Financial Network: Policy Options” and was chaired by Republican congressman Ed Royce, who proceeded to enlighten the audience as to the organisation’s “broad criminal network involved in a range of illegal activities, from drug trafficking to cigarette smuggling to money laundering to counterfeiting”.

Recapping one of the highlights of the previous year, Royce recalled that the US Drug Enforcement Agency (DEA) had “implicated Hezbollah in a multi-million dollar drug trafficking and money laundering network that spanned four continents and put cocaine ultimately on the streets of the United States”.

Of course, anyone with a vague grasp of history might find such accusations pretty rich coming from a US government that has literally put cocaine on its own streets by, for example, helping right-wing Nicaraguan Contras profit from the drug trade in the 1980s.

Over the decades, US collaboration with drug cartels, traffickers, and – to borrow chairman Royce’s terminology – “broad criminal networks” has continued unabated. But thanks to a handy double standard, criminal activity is not criminal when performed by the US or its allies.

Case in point: as part of his list of evidence of Hezbollah’s terroristic behaviour, Royce announced that he happened to be in Haifa in 2006 during that summer’s Israel-Lebanon war, where he says some 600 residents ended up in “the trauma hospital” thanks to Hezbollah’s “attacks on civilian neighbourhoods”.

Studiously left out of the calculations is the fact that 600 is half the number of people the Israeli military slaughtered in Lebanon during the showdown – the overwhelming majority of them civilians. Conveniently, the US interpretation of terrorism doesn’t apply to Israel’s obliteration of entire apartment blocks or close-range helicopter massacres of Lebanese children.

Predictably also on hand at the foreign affairs committee hearing, meanwhile, was Matthew Levitt of a right-wing, pro-Israeli think tank – the Washington Institute for Near East Policy – who has carved a lucrative niche for himself peddling alleged Hezbollah links to South American drug cartels and other bad guys.

Levitt’s book Hezbollah: The Global Footprint of Lebanon’’ Party of God, first published in 2013, is a helpful index of narco-jihad propaganda against Hezbollah and its Iranian backers. The manuscript contains all the usual greatest hits invoked by concerned neocons and other dedicated folks: Hezbollah helping drug cartels dig tunnels under the US-Mexico border, imprisoned gang members in the US sporting tattoos in Farsi, the possibility of air travel from Caracas to Tehran, and other terrifying statistics.

Levitt also treats us to some lesser-known trivia, such as Hezbollah’s ties to “criminal fundraising plots” in the US involving “food stamp fraud, misuse of grocery coupons, and sale of unlicensed T-shirts”.

Next thing you know we’ll find out that Hezbollah is presiding over a gumball-machine empire while trafficking in counterfeit cotton candy.

Levitt’s June testimony revisits some more greatest hits – Hezbollah is in cahoots with Brazilian prison gangs etc etc – while prescribing an even greater criminalisation and international financial crackdown on both Hezbollah and Iran, including intensified sanctions.

The criminalisation campaign is, however, problematic for a number of reasons beyond the aforementioned double standard on the whole “drug war” front.

For one thing, a criminally connected member of the Lebanese diaspora, of which there are plenty, does not a Hezbollah kingpin make, as tempting as the obscene reductionism may be to the likes of Levitt, Royce, and everyone else on that overpopulated bandwagon.

For another, the origins of the ostensible “proof” of Hezbollah’s diabolical networks consistently escape scrutiny. Lebanese scholar Amal Saad, author of Hezbollah: Politics and Religion and a forthcoming title from Palgrave Macmillan, recently commented to me on the manner in which “the US media and ‘terrorism experts’ who together make up the terrorism industry uncritically reproduce unsubstantiated allegations [from] official sources”.

She continued: “The appeal to authority – the DEA, the FBI and the intelligence community as a whole – is the sole referent for all these reports.”

Of course, it becomes even more difficult to take the US government’s word for it when government agencies have for so long relied on entrapment and framing to justify their own budget increases, particularly on the narco-terrorism front.

Difficult, too, to take the word of “experts” on the Israeli counter-terrorism scene who propagate Hezbollah-drug links and then turn up in the field of medical cannabis.

Some might argue that Lebanon’s Bekaa Valley, widely perceived both as a lawless drug hub and a “Hezbollah stronghold,” has fuelled Hezbollah’s narco-associations.

But as As’ad AbuKhalil, a Lebanese-American political science professor at the University of California, Stanislaus, noted in an email to me: “Hezbollah’s relations with the drug dealers [in the Bekaa Valley] are in fact bad … [The party’s] relations with the family factions deal[ing] drugs have never been good, and those families favour policies and lifestyles not favoured by Hezbollah.”

AbuKhalil went on to point out that Lebanon’s primarily Shia Amal Movement is “far closer” to the drug families. Indeed, when some years ago I paid a visit to one of the most prominent Bekaa drug lords, the visit was arranged thanks to an Amal connection.

Granted, Hezbollah is allied politically with Amal, just as it is allied with an array of other formations, which merely goes to underscore the fact that human reality is not black and white.

When it comes to America’s sensational narco-demonisation of Hezbollah in the interest of both financial and physical war, on the other hand, the hypocrisy is clear as day.

Cover photo: A Lebanese flag flutters among Hezbollah’s yellow flags as supporters of the Lebanese militant group gather in the village of Nabi Sheet in the Bekaa Valley in May 2011 (AFP)