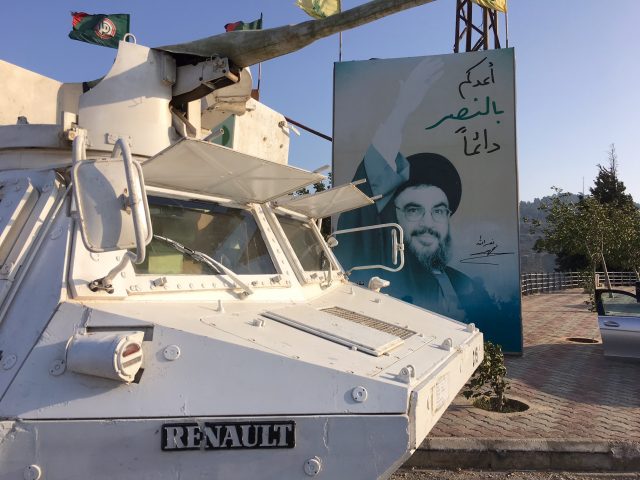 It came unexpectedly, rapidly and with great force: on 21 July 2016, Hezbollah in Lebanon and the Syrian army from their side, in unison, attacked positions of the malevolent terrorist group, Jabhat Fatah al-Sham (formerly known as Al-Nusra Front), in the mountainous province of Jroud Arsal in Bekaa Valley, on the border of two countries.

More than 150 militants were killed. Two dozen Hezbollah fighters lost their lives. Despite the difficult mountainous terrain, the battle was swift, heroic and well coordinated. The group was forced into accepting a ceasefire agreement, which went into effect on 27 July, and which stipulates that all of its fighters will be transferred by the army to a designated area inside Syria (Idlib).

Vanessa Beeley, Associate Editor of the 21st Century Wire, wrote this comment for my essay, literally from “the rubble of East Aleppo”:

“This is a momentous victory for the Resistance against the NATO and Gulf state terrorists. The black flags have been torn down in Arsal and the flags of Hezbollah, Lebanon and Syria are flying side by side as a symbol of the unity of anti-imperialist, anti-Zionist forces in the region. The heroes who gave their lives for this hard-won victory will always be remembered and honored by those whose lives and culture had been under threat from the malevolent forces of extremism and terrorism.”

Who are these terrorists, based for so long at both sides of the border?

The Nusra Front was al Qaeda’s official wing since the beginning of the Syrian war, but in 2016 it decided to split, at least formally, from its former mentor. It rapidly ‘reinvented’ itself. Now it is fighting as part of the Jabhat Fatah al-Sham Islamist Alliance, or more precisely, as its dominant force.

Lebanon has often been described as a time bomb, with dormant ISIS cells spread all over the country (even in the predominantly Christian areas), with al Qaeda first and Jabhat Fatah al-Sham later controlling several pockets in the north, and with the constant threat of an Israeli invasion from the south. Tiny Lebanon also has a notoriously weak government, and it is divided along religious lines. For years it has been facing perpetual refugee crises, with Palestinian refugees literally ‘stuck’ here for decades (with extremely limited rights), and with still more than one million Syrian refugees, most of them forced to flee the brutal war triggered by NATO and its allies in the Gulf. 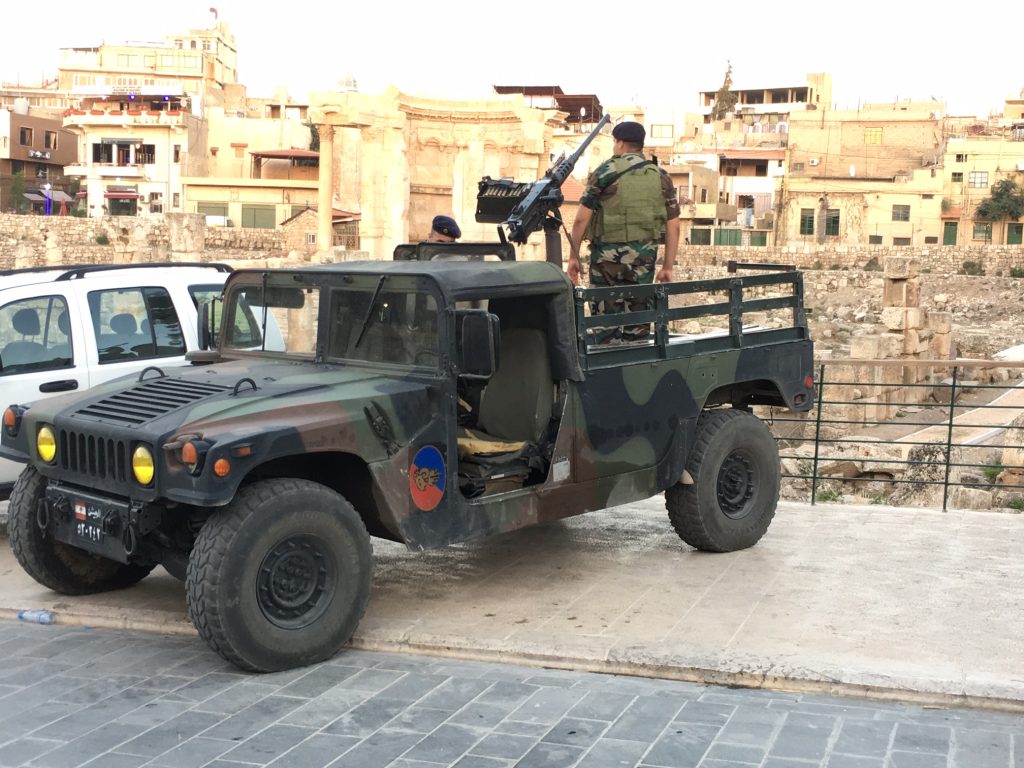 As Hezbollah and the Syrian army were leading a decisive battle against the terrorists, the Lebanese Prime Minister Saad al-Hariri was meeting U.S. President Donald Trump in Washington D.C., discussing, among other issues, additional U.S. sanctions against Hezbollah, which most Western countries label as a “terrorist group (either entire organization, or at least its military wing).”

“Standing beside Hariri in the White House Rose Garden, Trump said Hezbollah is a threat to Lebanon from within. He called the powerful Shi’ite Muslim group a “menace” to the Lebanese people and to the entire region… U.S. lawmakers introduced legislation last week seeking to increase sanctions on Hezbollah by further restricting its ability to raise money and recruit and increasing pressure on banks that do business with it.”

Mr. Hariri, a sworn enemy of Syria and its government, said nothing to contradict the U.S. leader. Born in Saudi Arabia (he holds both KSA and Lebanese citizenships), Mr. Hariri stood still, as Mr. Trump unleashed derogatory rhetoric against the only group in Lebanon which is capable of providing social services to all of its citizens, and which heroically defended Lebanon during the Israeli invasion.

As Trump spoke and Hariri obediently listened, shock waves were running through political and even financial circles in Lebanon. Here, life without Hezbollah would come to a total standstill, most social services would collapse, and the country would be virtually left exposed and defenseless.

“America’s assistance can help to ensure that the Lebanese army is the only defender Lebanon needs,” Trump said at a White House news conference. He made sure not to mention the amount of money or type of hardware the U.S. was willing to supply. No details were given. Mr. Hariri never dared to ask publicly.

Everyone in the Middle East knows clearly what all this could mean: perhaps the U.S. aid would increase the salaries of top military officers, and even buy few new fancy (US or EU made) weapons, but it would definitely not save Lebanon in case it was once again attacked by Israel, or if it were to be overrun by the huge number of NATO and Gulf-sponsored or directly supported Islamist extremists, who have already been infiltrated for years, into Syrian territory which is right across the border.

For now, however, there is much hope and plenty of reasons to celebrate, in both cities and countryside, all across Lebanon. Mr. Modar Nasr (not his real name), a leading young Syrian intellectual presently based in Beirut, explained to me:

“What happened in Arsal showed that there is actually hope for a better Lebanon. For the first time in years the forces of “March 14” and “March 8” stood together to fight against Nusra and other terrorist factions. The operation was not only led by Hezbollah, but also by the Lebanese army and the Syrian army. That is why we saw this sweeping victory in battle expected to last at least one month.” 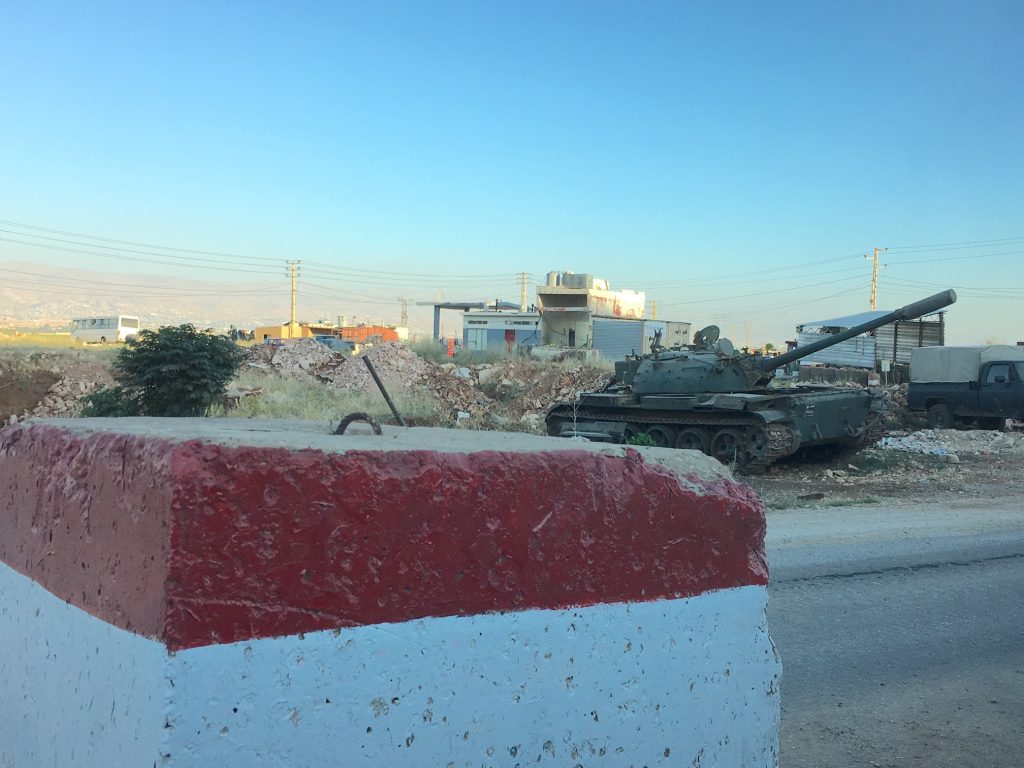 Now the next stage of this sweeping operation is just beginning. It consists of a frontal attack against Daesh (ISIS) in an adjacent area of the border zone.

On 28 July, the Lebanese Army was heavily engaged, using tanks, pounding positions of the Islamic State on the outskirts of Ras Baalbek.

So far, everything has been going according to plan. That is, according to a plan created and being implemented by Hezbollah, Syria and the Lebanese Army.

Where the U.S. and present Lebanese Prime Minister stand, is clear. It is also obvious that their designs do not coincide with the interests of the majority of the Lebanese people, and those from the entire region.

The leadership of Hezbollah reacted with civility and calm to the events in Washington. On June 26, The Daily Star in Beirut reported:

“At the start of his televised speech Wednesday, Hezbollah Secretary General Sayyed Hassan Nasrallah said he would not respond to comments made by U.S. President Donald Trump during his meeting with Prime Minister Saad Hariri earlier in the week, so as not to embarrass the Lebanese delegation to Washington.”

In reference to the ongoing battles, Hassan Nasrallah proclaimed:

“The objective is to have the armed groups that Nusra control exit from Lebanon to Syria… This is a righteous battle … anyone who is hesitant can ask the people [starting in Hermel] who used to have rockets rain down on them … and behind them all of Bekaa. Let them ask in the areas that suffered [the deaths of] martyrs from car bomb attacks and the areas who were on the verge of being targeted. Let him ask these questions of himself…”

“We took the decision. This is not an Iranian decision; it’s not Iran that told Hezbollah … it is not a Syrian decision, not even in Flita. We called the Syrian leadership and asked them for their help in this area because they had priorities elsewhere … this is an internal decision.”

The speech was concluded by a clear message of defiance and confidence, sent across the ocean to the United States:

“Our people today are afraid of no one … not a [Donald] Trump, or a [George] Bush or a [Barack] Obama or [Ariel] Sharon.”

The balance of power in the Middle East is rapidly changing. The West is discredited, and so are several of its allies. The involvement of Russia and to some extent China, has reassured various regional powers and movements that are fighting, directly or indirectly against both Western occupations and interventions. Countries located as far away as Afghanistan, are watching closely, with great interest.