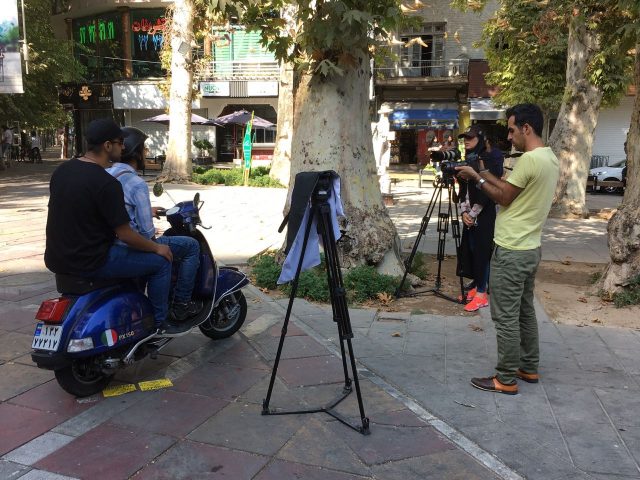 Have you ever considered the possibility that almost everything that you have been told about the world by the Western mass media is a lie and fabrication?

I am sure you have, at least lately, when the insanity of Western propaganda is becoming very clear and obvious. But what about the extent of indoctrination you were subjected to?

If you live in Europe or North America, how poisoned are you by the lies about Cuba and Venezuela, Russia and China, North Korea and yes – about Iran? Are you beyond recovery? If you see the truth, if you were confronted by reality, would you still be able to recognize it, or would you perceive it as propaganda and lies?

I have just left Tehran, a city with a tremendous history and culture, overflowing with museums, theatres, wonderfully kept parks dotted with modern art sculptures. It is a city with modern and fully subsidized public transportation, consisting of high-tech metro, ecological bus ways, as well as suburban trains. A city of tall trees, and quiet squares, of elegant cafes, and extremely educated and kind people.

A city that could easily be part of the ‘top ten’ cities on Earth, were it not be the capital of a country that the West is trying to ruin, first with unjust and draconian sanctions, and then, who knows, even by a militarily invasion.

What do most Westerners know about Iran; what were they told? I think the image the mass media outlets want to project is of “Iran – a radical Muslim country, some sort of Shia Saudi Arabia”, or perhaps worse. Much worse, as Saudi Arabia, the closest Arab ally of London and Washington, cannot be touched in the West, no matter what barbarity and terror it spreads all around the world.

Those who know both Jeddah and Teheran would laugh at such a comparison. Saudi Arabia, and its semi-colony Bahrain, despite their wealth from oil, are some of the most compassionless societies on the planet, misery rubbing shoulders with repulsively vulgar and extreme showing off of wealth. 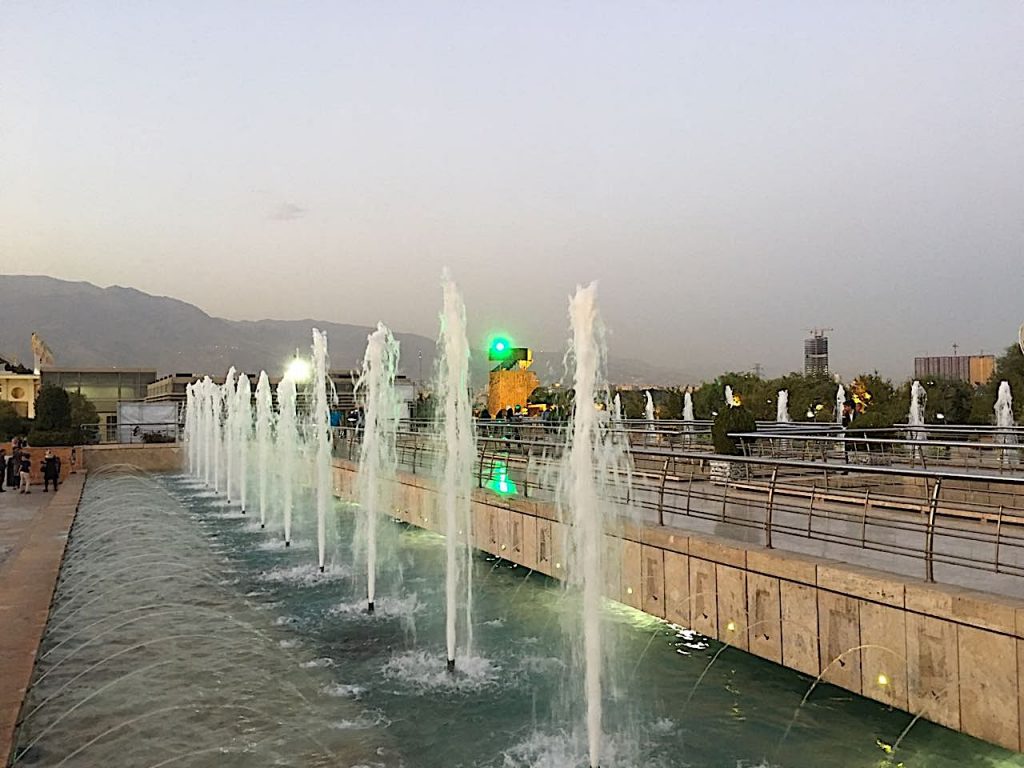 Iran is in its essence a socialist country. It is internationalist, in full solidarity with many oppressed and struggling nations on our planet. No, I am not talking about Syria, Yemen or Palestine only; I am talking about Cuba and Venezuela, among many others. You did not know? It is not surprising: you are not supposed to know!

Despite those absolutely unjust, terrible sanctions imposed, with some interruptions, from Washington and its allies, Iran is standing tall, trying as much as it can to take care of its people. And despite the terrible ordeal Iranian people are being put through, they do not cheat and do not steal. The exchange rate collapsed after Washington imposed another round of bizarre sanctions, triggering frustration, even protests. But the majority of Iranians understands who the real culprit is. And it is no secret that the so-called opposition is often financed from the West.

Most visitors do not understand anything about the local currency or exchange rates. I am no exception. I simply give taxi drivers or waiters my wallet, and they only take what is due. I checked with my Iranian colleagues: and the amount that is being taken is always fair.

Iranians do not display ‘arrogant pride’; they only show the determined, decent and patriotic pride of a nation with thousands of years of great culture which knows perfectly well that it is on the right side of history.

You were told ‘how religious Iran is’; I am sure you were. But unlike in Saudi Arabia or Indonesia, religion is not ‘being thrown into your face’ here; it is not waved as a flag. In Iran, religion is something internal, deep, which is expressed humbly and without noise. While the mosques of Jakarta broadcast, for hours a day and using powerful loudspeakers, entire sermons, while people are now being thrown into jail for even criticizing this brutal imposition of religion on the general public, in Tehran I could hardly even detect Adhan (call for prayer). Most of the local female Teheran city-dwellers only cover their hair symbolically – one third or even just a quarter, keeping most of their hair exposed.

But the West would never inflict sanctions on Indonesia or antagonize it in any other way, no matter how brutal it is to its own people: Washington, London and Canberra already ruined its socialist direction after the US-orchestrated coup of 1965. Jakarta is now an obedient, turbo capitalist, anti-Communist, West-junk-food-and-crap-entertainment-loving society. It has nothing public left. The elites have fully robbed the country on behalf of the West. Religions in Indonesia are used to uphold the pro-Western fascist regime.

Iran is totally the opposite: its interpretation of religion is ‘traditional’, as it used to be before the West managed to derail its essence in so many parts of the world. It is socialist, compassionate, spiritual and yes – internationalist.

Unlike in places like Jeddah or Jakarta, where going out to eat is now the height of cultural life (and often the only option of how to ‘enjoy the city’), Tehran offers high quality art cinemas (Iranian films are some of the greatest and most intellectual in the world), world-class museums and galleries, vast public spaces, as well as a great number of sport and amusement public facilities, including beautifully maintained parks.

You want to hang from a rope and fly over a valley, near one of the tallest TV towers on Earth – you can do it easily in Teheran. You want to see a series of the latest Chinese art films –you can, at the magnificent palace called the Cinema Museum. Or maybe Chekhov or a Tennessee Williams theatre play, if you understand some Farsi? Why not?

Of course you can sit in a horrendous traffic jam, if you are in love with your car, as you would in Riyadh or Jakarta, but you can also zip through the city in comfort and cheaply, on board the super modern metro system. You can walk on beautiful sidewalks, under tall trees, some of which grow from the clean creaks that separate driveways from pedestrian areas. 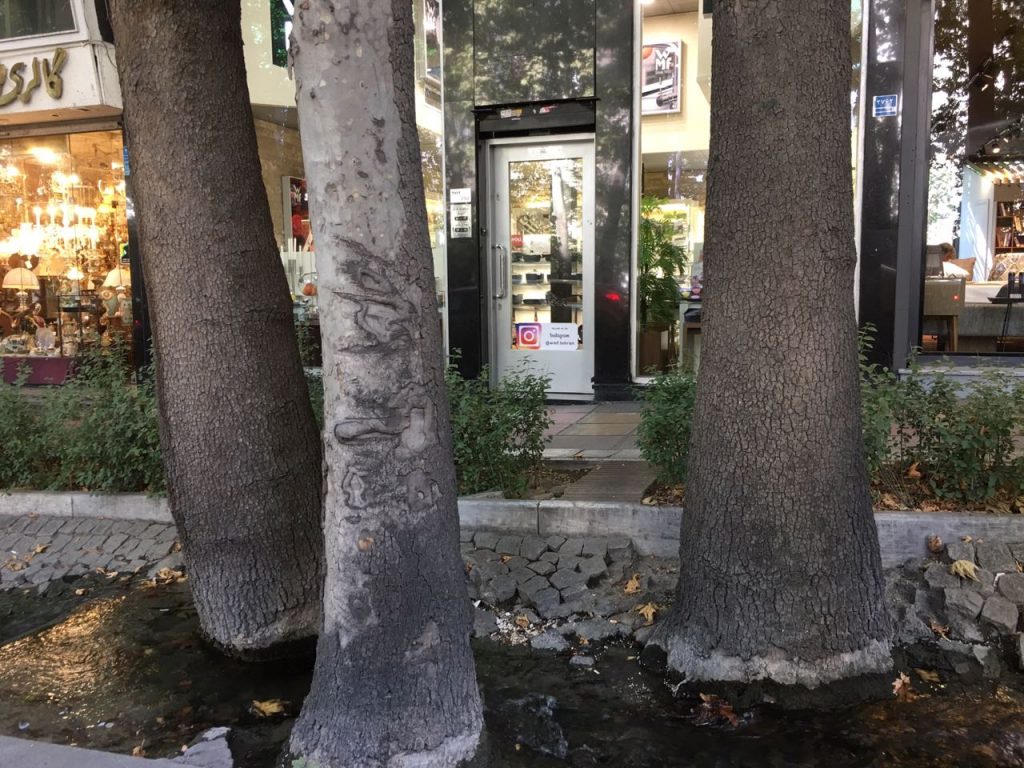 What else were you told; that you cannot look into a woman’s eyes or you will be stoned to death? Couples are holding hands everywhere in Tehran, and annoyed girls are slapping the faces of their men, teasingly and sometimes even seriously.

But would you believe it, if you saw it? Or is it too late; have you reached the point of no return?

One day, a driver who was taking me from my hotel to the Press TV television studio, exclaimed in desperation:

“Europeans who come here, even for the first time: they don’t want to learn. Even if they come to Iran for the first time, they land at the airport, get into my car, and begin preaching; teaching me about my own country! They all come with the same story, with the same criticism of Iran. There is no diversity! How can they call themselves democratic countries, if they are all thinking the same way?”

In Teheran, the diversity of thought is absolutely striking. With my colleagues and comrades, we discuss everything from the war in Yugoslavia, to Latin America and of course, Iran itself. They want to know about Russia and China. I love what I see and what I hear – when people are curious and respectful of other cultures, it is always a great start!

Iran is bleeding, suffering, but it is strong. Not everyone agrees with government policies here (although most of them do support their government), but everybody is determined to fight and defend his or her country, if it is attacked militarily or by other means.

Whenever I come here, I have this impolite urge – I want to shout at my readers: Come here and learn something! Iran is not perfect, but this is real – here, life is real and so are the people. Thanks to their culture and history, they somehow know how to separate precious stones from junk, pure thoughts from propaganda, cheap and deadly capitalism from the great strive for a much better world. If you don’t believe me, just watch their films; one masterpiece after another.

Perhaps that is why the West wants to first ruin, and then to totally destroy this country. For the West, Iran is ‘dangerous’. Iran is dangerous, even deadly, for the imperialist arrangement of the world, as China is dangerous, as Russia is, as Cuba, Venezuela, Syria and Bolivia are.

To ruin Iran will not be easy, I would even say: it could prove impossible. Its people are too smart and determined and strong. Iran is not alone; it has many friends and comrades. And even Iran’s neighbors – Turkey and Pakistan – are now quickly changing direction, away from the West.

Don’t take my word for all this. Just come and see. But do no preach: ask questions, and then, please sit, listen and learn! This country has more than 7,000 years of tremendous history. Instead of bombing it, read its poets, watch its films, and learn from its internationalist stand! And then, only then, decide, whether Iran is really your enemy, or a dear comrade and friend.

Interview with Andre Vltchek for Farhikhtegan newspaper in Iran