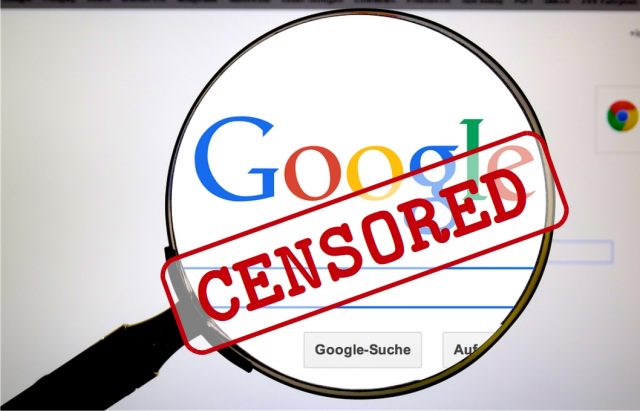 Alternet has gone public with concerns about the way Google and Facebook have limited traffic to its website and, more generally, undermined access to progressive and independent media.

Its traffic from web searches has dropped precipitously – by 40 per cent – since Google introduced new algorithms in the summer. Other big progressive sites have reported similar, or worse, falls. More anecdotally, and less significantly, I have noticed on both my own website and Facebook page a sharp drop in views and shares in recent weeks.

Alternet is appealing for financial help, justifiably afraid that the drop in traffic will impact its revenues and threaten its future.

Nonetheless, there is something deeply misguided, even dangerous, about its description of what is happening. Here is how its executive editor, Don Hazen, describes Alternet’s problems:

Little did we know that Google had decided, perhaps with bad advice or wrong-headed thinking, that media like AlterNet—dedicated to fighting white supremacy, misogyny, racism, Donald Trump, and fake news—would be clobbered by Google in its clumsy attempt to address hate speech and fake news. …

So the reality we face is that two companies, Google and Facebook—which are not media companies, do not have editors or fact-checkers, and do no investigative reporting—are deciding what people should read, based on a failure to understand how media and journalism function.

“Bad advice”, “wrong-headed”, “clumsy”, “failure to understand”. Alternet itself is the one that has misunderstood what is going on. There is nothing accidental or clumsy about what Google and Facebook are doing. In fact, what has happened was entirely predictable as soon as western political and media elites started raising their voices against “fake news”.

That was something I and others warned about at the time. Here is what I wrote on this blog late last year:

But the claim of “fake news” does usefully offer western security agencies, establishment politicians and the corporate media a powerful weapon to silence their critics. After all, these critics have no platform other than independent websites and social media. Shut down the sites and you shut up your opponents.

Google and Facebook have been coming under relentless and well-documented pressure from traditional media corporations and the political establishment to curb access to independent news and analysis sites, especially those offering highly critical perspectives on the policies and behaviour of western corporations and state bureaucracies. These moves are intimately tied to ongoing efforts to spread the dishonest claim that progressive sites are working in the service of Russia’s Vladimir Putin in his alleged attempts to subvert western democracies.

Shadowy groups like PropOrNot have been springing up to make such wildly unsubstantiated claims, which have then been taken up as authoritative by traditional corporate media like the Washington Post. It is noticeable that the list of sites suffering sudden downturns in traffic closely correlates with the progressive websites defamed as Putin propaganda outfits by PropOrNot.

The pressure on Google and Facebook is not going to ease. And the two new-media giants are not likely to put up any more resistance than is absolutely necessary to suggest they are still committed to some abstract notion of free speech. Given that their algorithms and distribution systems are completely secret, they can say one thing in public and do something else entirely in private.

Other comments by Hazen further suggest that Alternet does not really understand the new environment it finds itself in. He writes:

Ben Gomes, the company’s vice president for engineering, stated in April that Google’s update of its search engine would block access to ‘offensive’ sites, while working to surface more ‘authoritative content’. This seemed like a good idea. Fighting fake news, which Trump often uses to advance his interests and rally his supporters, is an important goal that AlterNet shares.

Fake news can be found across much of the media spectrum: in the New York Times, CNN, BBC, Guardian, as well in Donald Trump’s tweets. It has existed for as long as powerful interests have dominated the media and its news agenda – which is since the invention of print. Fake news cannot be defeated by giving greater powers to huge media conglomerations to decide what people should hear. It is defeated by true media pluralism – something we have barely experienced even now, in this brief heady period of relative online freedom.

Alternet is treating Google and Facebook, and the powerful corporate interests behind them, as if they can be tamed and made to see sense, and persuaded that they should support progressive media. That is not going to happen.

Like the media barons of old, who alone could afford to distribute newspapers through truck deliveries and corner shops, Google and Facebook are the monopolistic distribution platforms for new and social media. They have enormous power to decide what you will see and read, and they will use that power in their interests – not yours.

They will continue to refine and tighten their restrictions so that access to dissident media becomes harder and harder. It will happen so subtly and incrementally that there is a real danger few will notice how they have been gradually herded back into the arms of the media corporations.

The Dawn of an Orwellian Future