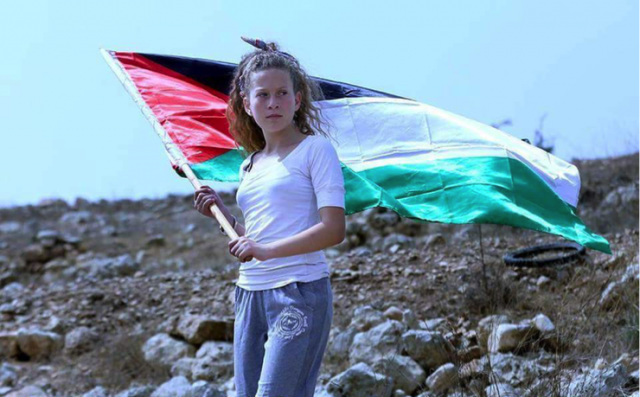 Ahed Tamimi was abducted on December 19 by occupation forces who raided her family’s house in Nabi Saleh.

Ahed Tamimi, 16 years old and a prominent activist in the occupied Palestinian village of Nabi Saleh, whose courage along with that of her family in standing up to armed Israeli soldiers, land confiscation and settlement construction stealing the resources and even the well of their village has become world-renowned, was seized by occupation soldiers who invaded the Tamimi family home on the morning of 19 December 2017.

Ahed’s father, Bassem, posted on Facebook that Ahed was targeted for arrest after she was attacked by Israeli media after she protested occupation soldiers in Nabi Saleh who shot a 14-year-old boy in the head with a rubber-coated metal bullet; the boy, Mohammed Tamimi, is in a medically-induced coma. Tamimi reported that the soldiers violently invaded the home, hitting Ahed’s mother, Nariman Tamimi, and siblings, and confiscating phones, cameras, laptop and other electronics. Ahed was taken away by the occupation soldiers to an unknown location.

Ahed has become internationally known for her defense of Palestinian rights under occupation, including her defense of her younger brother when he was seized by an occupation soldier and regular protests against land confiscation targeting Nabi Saleh and other villages around Ramallah. She has spoken internationally, including in Turkey, South Africa, and in the European Parliament in a conference earlier this year on women in Palestinian resistance, where she spoke alongside Leila Khaled, Sahar Francis and several members of parliament. 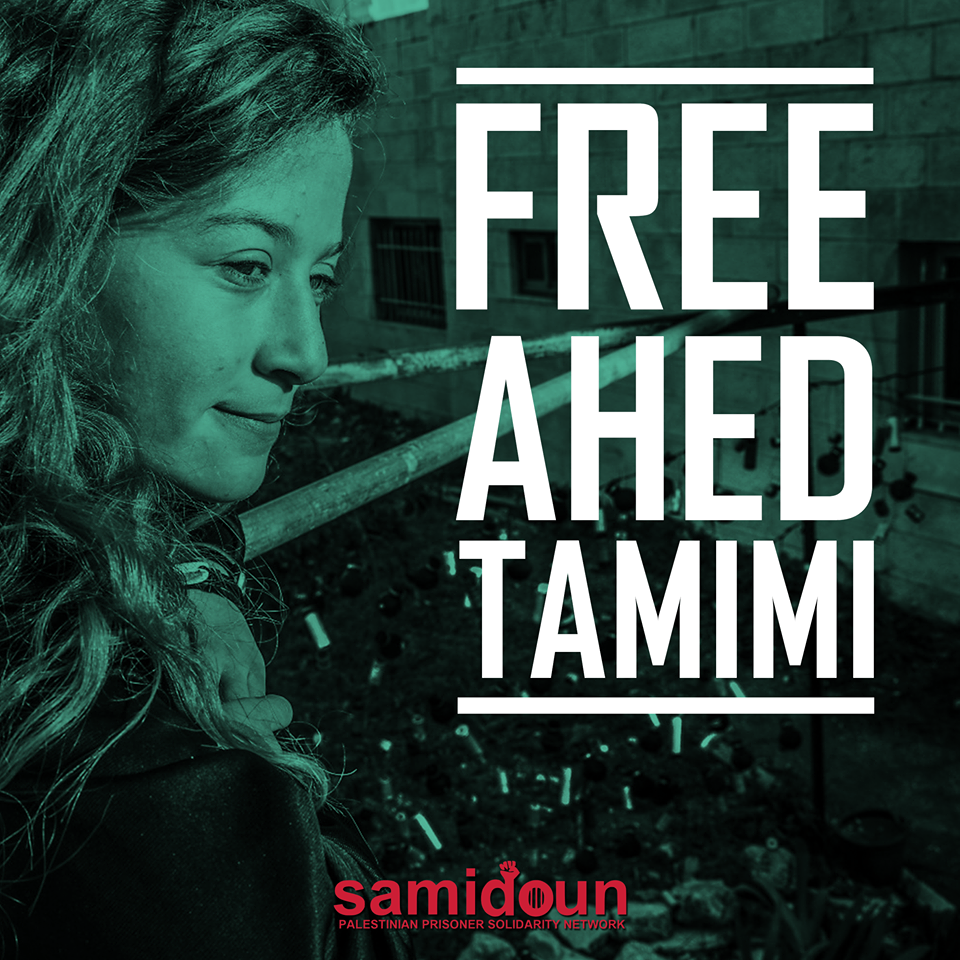 Ahed’s visa to the United States in early 2017 was put under “administrative review,” when she was to participate in a tour across the U.S. with writer and activist Nadya Tannous and Black liberation activist and minister Amanda Weatherspoon on Palestinian-Black solidarity and joint struggle. The lengthy delay and effective visa denial meant that Ahed was unable to join the tour live.

UPDATE: Nariman Tamimi, Ahed’s mother, has also been arrested by Israeli occupation forces as she went to the Benjamin occupation police station to support her daughter, reported Bassem Tamimi on Facebook. We are updating our alert below and urge people to join the call to free Ahed and Nariman!