Forty years of Orientalism, an eternity to go 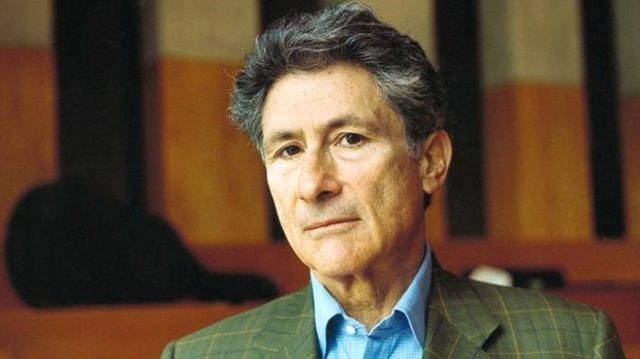 The West’s punitive civilising mission in the East shows no signs of abating 40 years after the publication of Orientalism.

This year marks the 40th anniversary of the publication of Edward Said’s celebrated text Orientalism, in which he explored various interconnected meanings of the term in question, such as “Orientalism as a Western style for dominating, restructuring, and having authority over the Orient”.

In the preface to the 25th anniversary edition of the book, published shortly before Said’s death in 2003, he took the opportunity to provide some critical updates to the Orientalist scene on account of that ongoing post-9/11 exercise in Western domination known as the War on Terror, which was to thank for, inter alia, “the illegal and unsanctioned imperial invasion and occupation of Iraq by Britain and the United States” in March of that year.

The West against Arab/Muslim other

Naturally, Orientalist strategies of reductionism and demonisation had proved a boon to the war effort, with “mobilisations of fear, hatred, disgust, and resurgent self-pride and arrogance” pitting the “West” against the Arab/Muslim “Other”.

Said noted the proliferation in US bookstores of “shabby screeds bearing screaming headlines about Islam and terror, Islam exposed, the Arab threat, and the Muslim menace”, not to mention the “omnipresent CNNs and Fox News channels of this world” as well as other media outlets regurgitating the same fabricated generalisations “so as to stir up ‘America’ against the foreign devil”.

Indeed, one need not look very hard to discern a symbiotic relationship – between the US establishment on the one hand and peddlers of sensationalist drivel on the other – that furthers the bellicose aims of empire while also generating handsome profits for individual “terror experts” and the like.

In the meantime, America’s own frequently diabolical behaviour – including the slaughter of countless Arab and Muslim civilians – is conveniently relegated to the realm of non-issues, or else is magically converted into Just One of Those Things That Happen When You’re Spreading Freedom and Democracy.

In his updated preface, Said singled out Bernard Lewis and Fouad Ajami (now both deceased) for their charitable scholarly contributions in helping the hawks of the George W Bush administration situate their destructive impulses in the proper Orientalist context.

Regarding Ajami, Said remarked that it seemed to him “entirely symptomatic of the precarious moment in which we are living” that, when US vice president Dick Cheney delivered an unhinged speech in August 2002 about the need to attack Iraq, he “quoted as his single Middle East ‘expert’… an Arab academic who, as a paid consultant to the mass media on a nightly basis, keeps repeating his hatred of his own people and the renunciation of his background”.

A glance at the speech reveals that Cheney cited Ajami’s prediction that “after liberation, the streets in Basra and Baghdad are ‘sure to erupt in joy in the same way the throngs in Kabul greeted the Americans'”. Speaking of which, I’ve got some oceanfront property to sell you in all three places.

To be sure, characters such as Ajami – who purport to provide indigenous confirmation of the inferiority of the Arabo-Islamic world and its perennial need to be set straight by Western militaries – are in high demand in foreign policy circles.

But non-indigenous ones are more than welcome, too. Take, for example, New York Times foreign affairs columnist Thomas Friedman, a former Ajami disciplewho in 2001 pooh-poohed “all the nonsense written in the press” about concern for so-called “civilian casualties” in Afghanistan.

As it turned out, Friedman’s unique access to the Afghan psyche had enabled him to determine that “many of those Afghan ‘civilians’ were praying for another dose of B-52s to liberate them from the Taliban, casualties or not”.

Taking Orientalist obscenity to even more creative levels in May 2003, Friedman proclaimed that US soldiers needed to go “house to house from Basra to Baghdad”, wielding a “very big stick” and instructing Iraqis to “Suck. On. This“.

And additional Friedmanian fun with metaphors took place later that year, when he observed: “Iraq is not a vase that we broke to remove the rancid water inside, and now we just need to glue it back together. We have to build a whole new vase.”

While earning an apt retort from journalist Matt Taibbi – “Who cares that you can just pour water out of a vase, that only a f***ing lunatic breaks a perfectly good vase just to empty it of water?” – this particular assessment would seem to be a prime contender for evisceration by Said’s analysis: “What our leaders and their intellectual lackeys seem incapable of understanding is that history cannot be swept clean like a blackboard, clean so that ‘we’ might inscribe our own future there and impose our own forms of life for these lesser people to follow.”

As Said went on to note in his preface, imperial meddling in the lives of “lesser” peoples and “subject races” – be they Palestinians, Congolese, Algerians, or Iraqis – has routinely been discounted as a source of enduring relevance for afflicted populations: “Arabs and Muslims have been told that victimology and dwelling on the depredations of empire is only a way of evading responsibility in the present. You have failed, you have gone wrong, says the modern Orientalist.”

Flash forward to May 2018, and this attitude was clearly at work following Israel’s massacre of 60 Palestinians in the Gaza Strip in a single day, an event that enabled the New York Times to once again showcase its flair for dehumanising Israel’s victims while celebrating Israeli state terrorism.

Never one to pass up the chance for a good lecture, Friedman refrained in this instance from resurrecting his diagnosis that Palestinians are “gripped by collective madness” but did manage the following Orientalist annihilation of logic: “I appreciate the Gazans’ sense of injustice. Why should they pay with their ancestral homes for Jewish refugees who lost theirs in Germany or Iraq?

“The only answer is that history is full of such injustices and of refugees who have reconciled with them and moved on, not passed on their refugee status to their kids and their kids’ kids.”

It’s anyone’s guess, of course, why refugees might up and decide that they are no longer refugees when they are effectively imprisoned in a besieged and blockaded coastal enclave by a US-backed entity that continues to regularly slaughter them seven decades after usurping their land.

Forty years after the publication of Orientalism, the West’s punitive mission civilisatrice shows no signs of abating, but “civilisation” has proved itself vastly overrated.

– Belén Fernández is the author of The Imperial Messenger: Thomas Friedman at Work, published by Verso. She is a contributing editor at Jacobin magazine.

Iraq +15: Accumulated Evil of the Whole

The Making of Contemporary Identity-Based Islamophobia