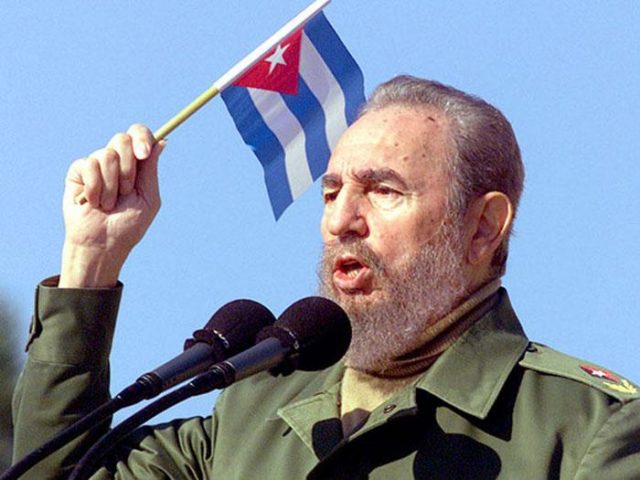 One year after his death on November 25, 2016, the leader of the Cuban Revolution lives on in our collective memory as the hero of the disinherited.

Throughout the centuries there have been those who, because they personify certain principles, have been inscribed in the ledgers of eternity. Maximilian Robespierre, the incorruptible apostle of the poor, dedicated his brief and intense existence to the struggle for the freedom of the human race, for equal rights for all citizens, for fraternity among all peoples of the world. In so doing, he aroused the fierce hatred of the Thermidorians and their heirs, a hatred that continues to this day. Fidel Castro, another name synonymous with dignity, took up arms to claim the right of his people and all of the wretched of the earth to choose their own destiny, thus inevitably provoking the hostility of retrogressive forces across the planet.

For six decades Cuba, constantly humiliated in its efforts to attain sovereignty, served as no more than the backyard of the United States. Despite the three wars of independence and the innumerable sacrifices of the people of José Martí, the national hero and spiritual father of Fidel Castro, the Caribbean island continued to suffer from the oppressive yoke of its powerful neighbor, a force always eager to establish its domination over the region. Occupied militarily and then transformed into a neocolonial republic, Cuba witnessed its governments at the time forced to comply with the injunctions of Washington. The proud and valiant Cuban people endured affront after affront. In 1920, for example, following the political and financial crisis that struck the country, President Woodrow Wilson, without deigning to inform Cuban President Manuel García Menocal, dispatched General Enoch H. Crowder to Havana. The Cuban president expressed his surprise to his US counterpart. Washington’s response was humiliating: “The President of the United States does not consider it necessary to obtain the prior authorization of the President of Cuba to send a special representative.” Such was pre-revolutionary Cuba.

Severely weakened in their struggle for freedom, the Cuban people welcomed the triumph of Fidel Castro’s Cuban Revolution in 1959 as the culmination of a long effort begun in 1868 during the first war of independence. As the architect of their national sovereignty, Fidel Castro proclaimed, arms in hand, the inalienable right of his people to self-determination. By shattering the hegemonic chains imposed by Washington, Fidel turned a small island in the Caribbean into a moral authority, admired and respected by the peoples of the South for its unwavering determination to follow its own path. He also became the symbol of resistance to oppression and the hope of those denied a decent life, praised for his steadfast courage in the face of adversity and his faithfulness to principle.

Despite extremely limited resources and a cruel state of siege imposed by the United States for more than half a century, Fidel Castro has made Cuba a model for Third World nations by universalizing access to education, health, culture, sports and recreation. It has thus proved to the world that it is possible to construct an effective social protection system for an entire population, and to place the human being at the center of the social project, in spite of material limitations and the pernicious hostility of Washington. In this sense, Cuba today is a world reference that demonstrates the possibility of placing the most vulnerable categories of the population at the center of the liberation process.

“Motherland is humanity,” said José Martí. Fidel Castro, in addition to defending the right of his people to live with dignity, has demonstrated himself to be a committed internationalist by providing generous support to all noble causes of human emancipation. Cuba contributed decisively to the independence of southern Africa and to the struggle against the segregationist apartheid regime. The unforgettable Nelson Mandela synthesized the unfailing support of Cubans in this reflection: “What other country could claim more altruism than that which Cuba has shown in its relations with Africa?” Even today, Cuba, still under siege by Washington and despite a difficult economic situation, continues to provide education, health and technical assistance to the countries of the South by sending them tens of thousands of doctors, teachers, engineers and technicians.

History will remember Fidel Castro, the other name for dignity, as the hero of the disinherited, someone who defended the rights of the masses to an honorable destiny, who made the sovereignty of Cuba an inalienable reality, who at all times expressed solidarity with the oppressed. Despised by the powerful of his time – much like Maximilian Robespierre – for having dared to evoke a more equitable distribution of wealth, history will pay him the tribute that it reserves for the great men who fought against injustice and defended relentlessly the fate of the humiliated.

Doctor of Iberian and Latin American Studies at the Paris IV-Sorbonne University, Salim Lamrani is a Lecturer at the University of La Réunion, specializing in relations between Cuba and the United States. His new book is titled Fidel Castro, héros des déshérités, Paris, Editions Estrella, 2016. Preface by Ignacio Ramonet.