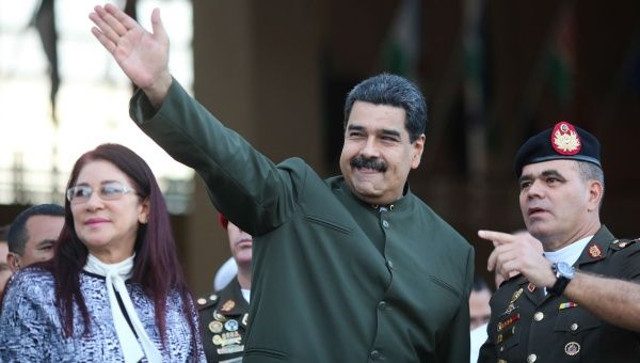 A basic reality underlies the self-evident role of Western media as their ruling elites’ cultural and psychological warfare arm against both their own peoples and the peoples of the majority world.

The Western power elites can no longer freely externalize the costs of their countries’ prosperity and democracy onto the majority world. They have always defended their global power and control of global resources through military and economic aggression overseas. Now they are intensifying repression of civil and economic rights at home.

In that global context, psychological warfare takes on disproportionate importance as a means to promote acceptance among whole populations of overseas military aggression and domestic curtailment of civil and economic rights. Over the last 50 years, military developments of psychology and social science have gone from “brainwashing” and “perception management,” through what used to be called low-intensity warfare to what many people call fourth generation warfare.

Since World War Two, the United States and allied country film and television industries have been fundamental components of Western cultural and psychological warfare. Internet monopolies like Google and Facebook have multiplied the power and reach of Western cultural mass reproduction many times over. The elites managing these corporations control the supply and demand of messages on an international industrial scale. Together with their governments’ global surveillance and intelligence apparatus, they also shape how those messages are consumed.

This concentration and control of intellectual production and cultural reproduction ensure a permanent flow of information endlessly asserting and reaffirming the views and values of the imperialist Western ruling elites and their governments. Their constant global cultural and psychological warfare has developed to the point where it operates via infinite feedback loops needing virtually no intervention.

Effectively, by means of relentless suggestion, fake corroboration, and systematic omission, the West’s system of disinformation and intellectual production constructs collective false memories. Over time, relentless cultural propaganda and psychological warfare manipulate people’s imaginations building false memories and beliefs immune to rational analysis. Over decades, this process establishes a received wisdom that ratifies and entrenches a set of false beliefs whose effect no amount of factual debunking and exposure can erase. The clearest example of this is how exposure to U.S. and British government lies about Iraq has made no difference. The Western elites and their psychological warfare machinery simply move on to create the next big lie, always using the same techniques: relentless suggestion, fake corroboration, and systematic omission.

In relation to North Korea, for example, the big omission is that North Korea is and has been the victim of permanent military threat by the United States, involving the regular mobilization on its borders of hundreds of thousands of U.S. and allied military personnel and the threat of nuclear attack, ever since the Korean War. In the case of Iran, the big omission is that revolutionary Iran has been a force for relatively progressive change in the region since 1979, challenging Western-allied feudal tyrannies and Israel’s genocidal occupation of Palestine. For nearly 60 years the big omission in the coverage of Cuba’s Revolution has been the success against all odds of its political system and its huge social, scientific and cultural achievements recognized and admired around the world despite the permanent illegal U.S. blockade.

The false validity of the black and white silhouette monsters created by these systematic omissions gets corroboration via well-worn infinite feedback loops. For example, in Latin America, the regional right wing will circulate a given falsehood which is then repeated as true by the Western news and entertainment media. The regional right wing then takes Western repetition of their falsehood as vindication of its truth which is then recycled. In Latin America, since the turn of the century, Venezuela has been the most high-profile victim. But all the region’s progressive governments and political movements have been similarly targeted to a greater or lesser degree. Fundamentally, everything is aimed at manipulating and shaping people’s imaginations and memories, both within the region and beyond.

Right now, the regional battle referred to on May 5 by Lula da Silva and Pepe Mujica at a rally in Sao Paulo is playing out intensely and literally in Venezuela. Western media coverage of this latest coup attempt by Venezuela’s right-wing opposition has tried to establish false beliefs such as:

Despite being clearly untrue, all these falsehoods have been reported as true while the contradictory reality has been suppressed. One infamous example of this process figured in Western reports of the opposition attack on the maternity hospital in the El Valle district of Caracas on Apr. 20.

Reports in leading Western news media outlets played down the terrorist nature of this attack and in one case even tried falsely to attribute the evacuation of the hospital to the use of tear gas by the police. Western coverage of that outrage resembled all too closely similar coverage of the Odessa massacre of May 2, 2014 in Ukraine, when police stood by while Nazi gangs set fire to a trades union building killing 42 people. In both cases, the most prestigious liberal Western media failed to report truthfully the aggression of fascist terror gangs.

Right now the priority for everyone who supports progressive change in Latin America and the Caribbean is to support all efforts at a peaceful settlement of the crisis in Venezuela. President Maduro’s call for a national constituent assembly represents the best hope for a peaceful outcome. That is precisely why the U.S. government, Luis Almagro and his team at the OAS and right-wing leaders from Mexico’s President Peña Nieto to Argentina’s Mauricio Macri want it to fail.

The regional right wing know that, without duress, a majority of people in Venezuela will vote to defend peace and stability and the legacy of Comandante Hugo Chavez. For the moment the outcome is very much in the balance. The only thing for sure is that Western media will continue to suppress the facts and justify the terrorist violence of Venezuela’s minority opposition.

Tortilla con Sal is an anti-imperialist collective based in Nicaragua producing information in various media on national, regional and international affairs.