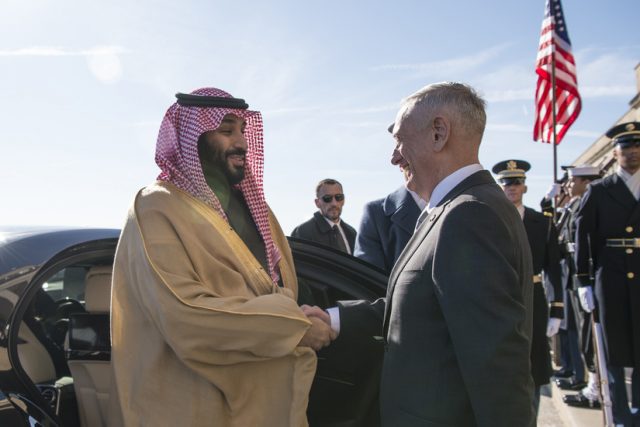 From burying coverage of atrocities to downplaying the level of killing, Western media put a gloss on the Western-backed war in Yemen.

Even by the depraved standards of the Western-backed, Saudi-led aggression against Yemen, the bombing of a school bus on 9 August was a new low. The bus had stopped at a market while taking the children back to school from a picnic when it was targeted, according to Save the Children. Yemeni health officials have informed the world that the strike killed 47 people with 77 more injured. Those numbers are likely to rise.

Most of the victims were less than 10 years old. Following the attack, Frank McManus, Yemen country director for the International Red Cross, whose workers treated the wounded, said: “Today should be the day the world wakes up to the atrocities going on in Yemen … a bus full of school children cannot be viewed as mere collateral damage. Even wars have rules, but rules without consequences mean nothing.”

It is hard to see how the world will wake up, however, when Western media does not – or cannot – provide adequate coverage of the ongoing aggression. You might have thought that the targeted bombing of a bus full of children parked in a market far from any military activity, by forces enjoying support from the United States and United Kingdom, would make headlines. Yet this is not the case.

Take the Guardian, for example, supposedly a bastion of liberal values and humanitarian concern. Their report on the incident went online shortly before 7pm last night. Yet this morning, it does not feature among their 13 headline stories and isn’t even one of 11 headline stories on their “World news” section. New Zealand Prime Minister Jacinda Ardern’s desire to ban plastic bags was there, though.

The Independent, now only to be found online and, you might have thought, less subject to the pressure from advertisers that drives some of the self-censorship of its loss-leading print-edition cousins, is a little different. Yemen wasn’t among its eight “Top Stories” this morning. It wasn’t in its “More Stories” section either. Stories about British campers in France and Tottenham Hotspur manager Mauricio Pochettino’s thoughts on Brexit were there, though.

Of course, in a sense, these outlets are entirely correct not to consider the story a headline priority – for there is nothing really new about Wednesday’s atrocity. Indeed, only last week, an air strike on a market and hospital killed at least 60 people; such slaughter has become routine. Even the killing of children is standard practice: in fact, the 29 children killed in the bus bombing yesterday are but a fraction of the 130 children killed in Yemen every day by the famine and disease which the aggression has brought to the country.

Indeed, alongside the straightforward lack of coverage, the downplaying of the level of killing in Yemen constitutes a second, more subtle, form of media blackout. Somewhere along the line, someone decided that 10,000 was the death toll to be forever associated with the Yemen war, and this number has appeared in virtually every article on the subject for years.

In truth, this figure is a massive underestimate, given that at least 150,000 are believed to have died from starvation and preventable diseases last year alone, a direct consequence of the aggression on Yemen, the blockade of its ports, and the targeting of its civilian and agricultural infrastructure.

Thus the “death toll” endlessly repeated in the media – and shamefully, this often includes alternative media – is in truth but a tiny fraction of the true level of suffering being rained down on that country by the West and its proxies.

Another form of blackout is the presentation of the conflict as a civil war. There was a civil war in Yemen, the endgame of which was reached when the Ansar Allah movement captured the capital city  Sanaa in September 2014 and President Abd Rabbuh Mansour Hadi fled the country. Since then, beginning in March 2015, what has been occurring is a foreign attack on the country.

In the words of the historian Isa Blumi, what is “strategically left out of the discussion” here “are those outside facilitators of empire whose war has created new opportunities to plunder Yemen’s resources.

“Rather than seeing the heavy hand of empire, the outsider is expected to believe the media and think tank experts that it is Yemenis’ own pathologies, their social and economic backwardness, that leave them susceptible to violence and thus ‘civil war’. The ‘they are at war with themselves’ trope continuously repeated in various media and academic circles ultimately obfuscates who are guilty, laying blame on eighty percent of a country’s population currently being starved to death.”

A fourth form of media blackout consists of presenting the war as somehow an independent initiative of the Saudis, which the West is, at best, merely “backing” or “going along with” for the sake of arms sales or oil supplies. This is truly putting the cart before the horse. The truth is that this is a US-UK war, planned in the corridors of Whitehall and Washington, but executed by their faithful Gulf proxies.

We know now, from emails leaked by Wikileaks last year, that even Saudi Arabia’s Crown Prince Mohammad bin Salman himself wants out of the war. But he knows that his family’s grip on power is utterly dependent on Western support. And the price of that support is that Saudi foreign policy is not their own. The deal, stretching back to the days of the British empire, is that the West provides security to the al-Saud family – but in return, the al-Sauds relinquish their foreign policy to the West. And right now, there is an Anglo-American desire for conflict in Yemen.

Anti-war groups like Stop the War tend to play into this Saudi-focused narrative, portraying the recent visit to Britain by Crown Prince bin Salman, for example, in terms of an otherwise pristine Britain sullying itself by association with a bloody Arab “despot”. This is a complete inversion of reality: the truth is that the Saudis’ greatest crime is their collaboration with the ruling class in Britain and the United States.

But there is also another form of media blackout on Yemen, one which even the alternative media (and here I would have to include some of my own past writing on the conflict) often succumbs to. This is the presentation of Yemenis as simply passive victims, lacking all agency, the hapless recipients of bombing raids and starvation policies. In fact, Yemen’s struggle is not essentially a story of victimhood, but of resistance.

When we lament three years of Yemen’s bombardment, we should not forget that we are also celebrating three years of truly extraordinary and heroic resistance. To have survived these punishing raids for this long should demonstrate beyond all doubt that the Yemeni people, and in particular the Ansar Allah movement, against whom this devastating war is being waged, is a genuinely popular and representative movement – for if it were not, it would have collapsed years ago.

The constant media refrain of Houthis being merely Iranian proxies fighting the “legitimate government” turns reality square on its head.

Legitimacy does not come from being ordained by the priesthood of global capital, as Hadi, the former president and field marshal was, but from the kind of popular support that alone allows a movement to face down a 10-country coalition supported by the most powerful militaries in the world.

And what is driving this resistance? It comes from a determination to reject the imperial project of selling off Yemen, turning over its resources to Western financial corporations and its political system to Saudi stooges. Indeed, in so doing, Yemen today is but the latest incarnation of a spirit of resistance to Western capitalism going back over 100 years.

– Dan Glazebrook is a political writer and editor of stopstarvingyemen.org. He is author of  Divide and Ruin: The West’s Imperial Strategy in an Age of Crisis and blogs at danglazebrook.com.