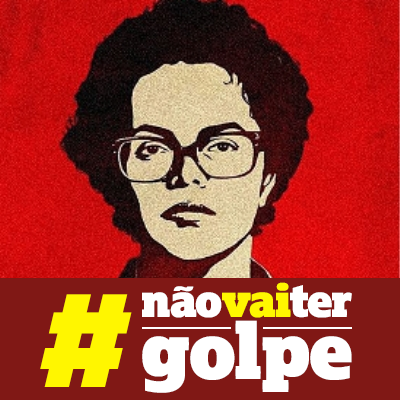 We should have killed her; her tortures will have repeated hundreds of times to themselves when they saw her becoming Brazil’s first woman president. Or had wanted also that cancer disappeared her, like Evita (temporarily, because it is immortal), from the political scene. Dilma marked a watershed moment in Brazil and Latin America. A woman president overcoming patriarchy. And gender inequality. A woman who from the government has created gender inclusion policies. Social policies that have benefited millions of pariahs that the oligarchy can only see as pawns and whom it has exploited for centuries, and wants to continue to exploit.

The life of women has always been an uphill struggle; we continue to fight against the worst enemy: patriarchy, where misogyny and machismo that is so damaging to us as a society and gender is derived from. Much more difficult is for women who dare to challenge the limits and rules imposed on them and actively participate in politics. By being female, to have arrests and dignity and the ability to lead a nation you pay dearly in Latin America, as Cristina and Dilma would know.

Both besmeared. Many of the analysis after the coup to Dilma, written by intellectuals and international political analysts condemn and blame her for being a woman.

Analyses made from the patriarchy, subjective, with a high level of misogyny and stereotypes. With all kinds of insults, contempt and fallacies.

This fraudulent coup against Dilma has been carried out from the betrayal, hatred, jealousy, from the feeling of inferiority, for that reason it has been viciously. An attack against progressivism and democracy conceived since Lula became president, and increased its dose of hatred when it was Dilma who called the shots: too many women in government, African descendants too, something that classism and the oligarchy, and much less patriarchy did not tolerate.

Too many benefits for the hardest hit of the system, those neglected and exploited. Too much betterment for the outcasts, too much life for the favelas, too much visibility for women, and too many rights for the LGBTI community. From no ideological point, classism, oppression, or the neoliberal vision of democracy, could be denied the progress Brazil has accomplished under Dilma as president.

Her administration has been backed by 54 million Brazilians, and beaten by 50 treasonous votes from the pawns of capitalism. One of the new modalities of the Condor Plan: coups by raising the hands with the support of the media that manipulates and plays the role of political entities.

There is no a single evidence that implicates her, and if they want, they even can seek to under the stones. Her unforgivable sin has been to govern for the vilified and for creating inclusion policies, development and social equality. Trying to enforce justice on Human Rights. Giving voice to the invisible and dreams to the nobodies; that, would not be allowed by any oligarchy, neoliberalism and classism.

By decapitating Dilma they hit the heart of the outcasts, for that reason the ferocious and treasonous attack. Because at the polls they lost outright.

They were unable to succeed against the woman who has provided roof and put a plate of food on the tables of millions of marginalized people. Who has created jobs, invested in education, health and infrastructure. Against  the woman who has showered the formerly oppressed peripheries with utopias. Who would bet on the BRICS before the US and the oligarchic capital of the region.

Who has not sold the oil to monopolistic hands. Who has a futuristic vision of regional integration. Who wants comprehensive development for the Brazilian children in their own country so they are not forced to migrate, as in neoliberal countries, towards the US exploitation.

Who wants and fights for women rights to stop being seen as third category human beings.

The 54 million Brazilians have the political and human obligation to take to the streets and demonstrate peacefully defending their rights, Dilma can not do it alone, Dilma has defended them during his tenure, with her life since his teens: do never forget she was tortured by those who now want to destroy her!

Now is their duty to assert that vote and make their voices heard. No one can defend the rights of the outcasts, but the outcast themselves. For Dilma, for Brazil, for the favelas. For the right to live in a country that deserves to flourish. For the historical memory, dignity, identity, for human and labor rights. For prosperity. For justice, for integrity and love. For those who were, for those who are and those who will.

Dilma is unbreakable, they won’t defeat her. But they are not going after her; they want to dismantle the achievements of the progressive government, finish off the dreams of the outcasts. They want to extinguish the unprecedented beauty of a booming Brazil. But no big capital, oppressor, treasonous power has ever been able to subdue the enormous strength of a wounded and honest people. Brazil has to demonstrate what it is made of. It is now. The fight is today.

Now and forever, my love and support for my president Dilma, and my motherland Brazil.