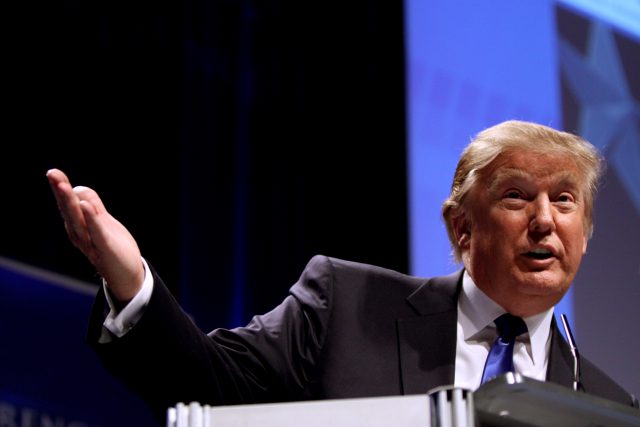 The final stages of capitalism, Karl Marx predicted, would be marked by global capital being unable to expand and generate profits at former levels. Capitalists would begin to consume the government along with the physical and social structures that sustained them. Democracy, social welfare, electoral participation, the common good and investment in public transportation, roads, bridges, utilities, industry, education, ecosystem protection and health care would be sacrificed to feed the mania for short-term profit. These assaults would destroy the host. This is the stage of late capitalism that Donald Trump represents.

Trump plans to oversee the last great campaign of corporate pillaging of America. It will be as crass and brazen as the fleecing of the desperate people, hoping for a miracle in the face of dead-end jobs and ruinous personal debt, who visited his casinos or shelled out thousands of dollars for the sham of Trump University. He will attempt to unleash a kleptocracy—the word comes from the Greek klépto, meaning thieves, and kratos, meaning rule, so it is literally “rule by thieves”—one that will rival the kleptocracies carried out by Suharto in Indonesia and Ferdinand Marcos in the Philippines. It is not that Trump and his family will use the influence of government to increase their wealth, although this will certainly take place on a massive scale; it is that hundreds of billions of federal dollars will be diverted into the hands of cronies, sleazy bankers, unethical financial firms and scabrous hedge fund managers. The pillars of the liberal state will be obliterated.

The only possibility for halting the destruction being designed by the Trump transition team is sustained resistance and civil disobedience that will create popular pressure for impeachment. This is why I will be at the march in Washington, D.C., on Jan. 21 and speak that evening at a rally with Kshama Sawant and Jill Stein.

Trump is impulsive, ignorant and inept. His corruption and greed are so unfettered he may become a burden and embarrassment to his party and the nation, as well as a danger to himself. The longer he stumbles in the unfamiliar corridors of governmental power the more vulnerable he becomes. But if we are not in the streets to hold the system accountable he may be able to cling to power and inflict significant damage.

Laurence Tribe, a professor of constitutional law at Harvard Law School, has argued that Trump could be impeached under the Constitution’s emoluments clause. This clause prohibits a federal officeholder from receiving from a foreign power anything of value that could compromise the exclusive loyalty owed to the Constitution. Trump’s global businesses make him vulnerable, Tribe argues, to foreign pressure from countries where he has assets. “Trump’s continued interest in the Trump Organization and his steady stream of monetary and other benefits from foreign powers put him on a collision course with the emoluments clause,” Tribe wrote in The Guardian.

If, however, we suffer another catastrophic domestic terrorist attack or launch a new war, the political space to examine and prosecute Trump and remove him from office will disappear. The rhetoric from the Oval Office will become bloodcurdling. The security and surveillance state will go into hyperdrive. Any dissent, including mere criticism of the president, will be attacked as helping our enemies. Trump and his kleptocrats, under the familiar cover of national security and war, will transform huge sums of government money into personal assets.

The Trump transition team is busy anointing its coterie of kleptocrats. The appointment of Betsy DeVos (from a family with a net worth in excess of $5 billion) to become secretary of education means she will oversee the more than $70 billion spent annually on the Department of Education. DeVos—the sister of Eric Prince, who founded the notorious private security firm Blackwater Worldwide—has no direct experience as an educator. She promoted a series of for-profit charter schools in Michigan that make money but have had dismal academic results. She sees vouchers as an effective tool to funnel government money into schools run by the Christian right. Her goal is to indoctrinate, not educate. She calls education reform a way to “advance God’s kingdom.” Trump has already proposed using $20 billion of the department’s budget for vouchers. The American system of public education, already crippled by funding cuts, will be destroyed if Trump and DeVos succeed.

The Department of Veterans Affairs spends $152.7 billion a year on veterans’ benefits that include general health care and treatment in VA hospitals. Last week Trump publicly weighed allowing veterans to use the for-profit health care system. Cleveland Clinic CEO Toby Cosgrove (annual salary $2.3 million) is one of the front-runners to head the VA.

“I’ve been saying we have to take care of our vets,” Trump told reporters Wednesday at his Mar-a-Lago resort in Palm Beach, Fla. “We are working on something to make it great for our veterans because they are treated very, very unfairly.”

“We think we have to have kind of a public-private option, because some vets love the VA,” he added. “Definitely an option on the table to have a system where potentially vets can choose either/or or all private.”

Rep. Tom Price, a Georgia Republican (net worth $13 million), has been selected by Trump to be secretary of health and human services. He plans to abolish Obamacare. He said he expects the House to push for Medicare privatization “within the first six to eight months” of the Trump administration.

Steve Mnuchin (net worth $40 million), a former partner at Goldman Sachs and the president-elect’s choice to lead the Department of the Treasury, told Fox Business that “getting Fannie and Freddie out of government ownership” is one of the Trump administration’s top 10 priorities. This is also the stated goal of Trump’s choice for budget director, Rep. Mick Mulvaney (net worth $3 million), a Republican from South Carolina. 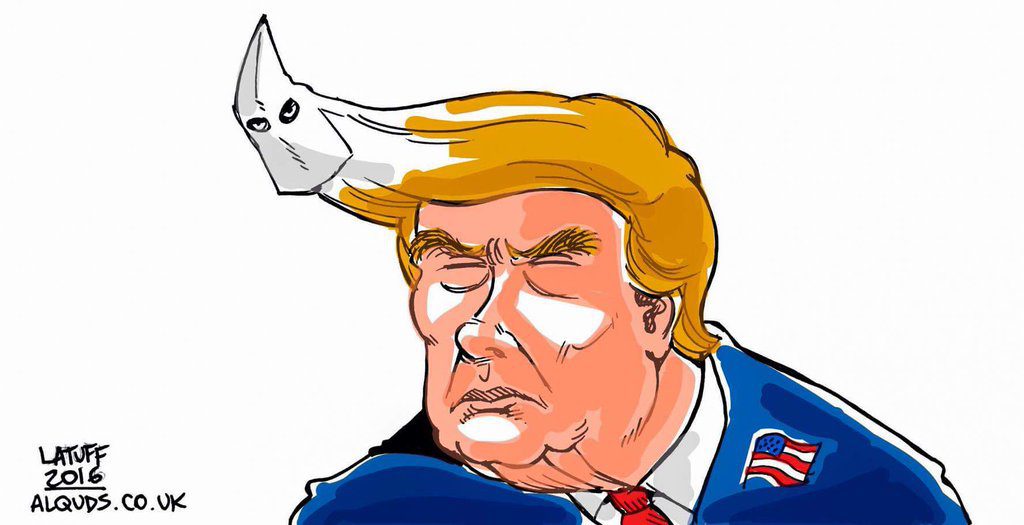 The biggest pot of gold is the $2.79 trillion contained in or owed to the Social Security fund. The kleptocrats will work hard under Trump to divert this money into the hands of hucksters and crooks on Wall Street. Tom Leppert (net worth $12 million), the former mayor of Dallas, whom Trump is expected to name to head the Social Security Administration, not surprisingly advocates the privatization of Social Security and Medicare. The infusion of this kind of liquidity into an overheated stock market would probably bring on a crash that would evaporate perhaps as much as 40 percent of the Social Security fund, rendering it insolvent.

“I will never shy away from any issue, even the so-called ‘third rail’ of entitlement reform,” Leppert wrote about privatizing Social Security as he campaigned for the Texas Senate in 2012. “Talk to any young person today, and they will tell you Social Security and Medicare won’t be there for their generation. To preserve these vital programs, we first and foremost must not change anything for those ages 55 and older. These folks rely on their benefits and we’ve made a promise to them. But for younger workers, we need to provide Medicare subsidies for the purchase of certified private plans, raise the retirement age, encourage greater retirement savings, and launch an initiative of Personal Retirement Accounts to allow every American, not just the wealthy, to save and invest toward their retirement. Make no mistake—if we don’t act now, these programs will go bankrupt. The simple fact in this debate is that people who oppose reform are the ones who want to destroy our entitlement system.”

He went on to call for abolishing Medicare. “This would be gradually phased-in over time and would not affect anyone currently over the age of 55,” he wrote. “For younger individuals, when they reach retirement, they will receive a subsidy from the federal government that will allow them to purchase certified coverage plans. Those with the lowest incomes would receive more funds from vouchers and would be eligible for additional Medicaid coverage.”

We will not have a champion in the Democratic Party’s Senate minority leadership, headed by the party’s slicked-up version of Trump, Sen. Chuck Schumer (net worth $700,000). Schumer sits on the Senate Finance Committee, whose members are loyal and well-compensated allies of the 1 percent, and he is a member of the Banking, Housing and Urban Affairs Committee. His chief role in the party has been to raise millions of dollars from Wall Street for the party, himself and party candidates including his friend and protégé, the now disgraced Anthony Weiner, a former member of the House.

Schumer is the senator-of-choice for Goldman Sachs, Morgan Stanley and Citigroup. Lehman Brothers and Bear Stearns, before they collapsed in 2008, lavishly funded his campaigns. Schumer joined with Republicans in 1999 to repeal the Glass-Steagall Act, which had created walls between investment and commercial banks. This repeal set the stage for the 2008 global financial crisis. Schumer voted to bail out Wall Street in 2008. He sponsored an amendment that barred the Securities and Exchange Commission from overseeing credit rating agencies, such as Standard & Poor’s and Moody’s Investors Service.

Schumer, like Trump, is addicted to his own celebrity. He, like Trump, believes that politics is fundamentally about public relations. This is why he trots out Bernie Sanders, his new “chair of outreach” for Senate Democrats, to stand behind him like a store mannequin at press conferences.

America has only one genuine political party. It is the corporate party. Schumer and Trump are charter members. They will work together—as Trump has predicted—as a well-oiled wrecking crew.

Trump’s illiteracy, lack of self-discipline and insatiable greed are profound faults. He does not listen to others. He is cursed with a self-destructive ego and unbridled narcissism. He cares nothing for the law. And he usually acts on impulse. But Trump will not be toppled unless we rise up in sustained protests to defy his racism, misogyny, religious bigotry and wanton plunder. If he is impeached and convicted, it will slow, although not halt, the corporate state’s disemboweling of America. And that, for now, is probably our best hope for the new year.