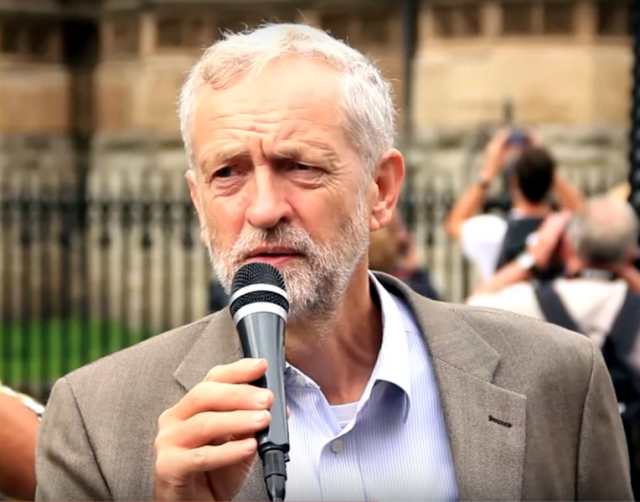 The defeat for the Palestinian cause at the hands of the Labour Party’s NEC should not be underestimated.

Who thought they would see the day when a left-led Labour Party would ignore the voices of Palestinian civil society, the highly respected former Palestinian ambassador to the UK, the Palestine Solidarity Campaign, prominent figures in the anti-war movement, of Jewish socialist groups, and of 4,000 Labour Party members who lobbied the NEC online?

Who thought that this defeat would be delivered in part by mistakes made by Momentum’s national leaders, and the trade union leaders of Unison, Unite, GMB and Usdaw?

And there is the importance of this episode for the future. This reverse was the result of a divided left.

In all the previous attempts to unseat Corbyn, the so-called ‘chicken-coup’ of mass shadow cabinet resignations or the leadership challenge by Owen Smith, it was a straightforward contest between the left and continuity Blairites.

But this time it was different. There is no doubt that most Labour Party members, and many more in the wider Labour movement, hated seeing their leader trashed by the right and the Zionists day-after-day, all summer long. They wanted a fightback.

But some of the left leaders never rose to the occasion. Few spoke up, and fewer still defended the right of Palestinians to call Israel what it is: a racist state.

Why were the left leaders either absent or actively working to get the IHRA examples adopted?

The short answer is that they imagine that they can buy off their enemies by surrendering to them. But that didn’t and won’t work. Not without getting rid of Jeremy Corbyn.

And there’s a danger that the argument will become, even from those who claim to support Corbyn, ‘oh, I support Jeremy, but he’s too much trouble’. This is dangerous nonsense. There is no candidate B and the very process of getting rid of Corbyn would demoralise and further split the left. It would, even if there were a period with another left leader, pave the way for the return of the right.

The full impact of the NEC decision is that they have set a pattern for compromise.

The pressure for further compromise on Palestine will remain. But the right will use the same method over Brexit.

They want Jeremy Corbyn to abandon the People’s Brexit position and be forced to accept a Remain position, with or without a second referendum, knowing it will weaken him further.

Of course, many of the same people who capitulated over Palestine are sympathetic to the Remain position of the right – many unions and the TUC, Momentum, some left MPs.

If Corbyn is to survive, this capitulation and backsliding has to stop. People have swallowed the retreat over Trident, over NATO, and now over Palestine. But many are sick to the back teeth with it.

The social movements are where the Corbyn project came from. The activists in those movements, and the many thousands who have joined them as part of Corbyn’s success, want to fight. They deserve leaders who will fight with them.

Despite the fact that so many of the Labour left leaders didn’t fight in this last crisis, others did.

The Palestinians and the Palestine solidarity movement fought. So did the anti-war movement. And the far left. And the Morning Star. And the Jewish socialist organisations. And lots of trade unionists and grassroots Labour members. These and others now need to bind together in a grassroots defence of the Corbyn project.

It does not and should not matter whether you are in the Labour Party or not – every social movement, every trade union, every activist will suffer a defeat if Corbyn is defeated. And the virtue of a grassroots movement that has both Labour and non-Labour socialists in it is that it can be less easily bullied and coerced by the Labour machine.

We need a movement that can influence the debate and that needs to be built outside the toxic atmosphere of Westminster.

We know what we want. We want socialist policies and principles. We want to fight for them.

And we want to defend the most left-wing leader the Labour Party has ever had. Now we need to build a movement that can deliver it.