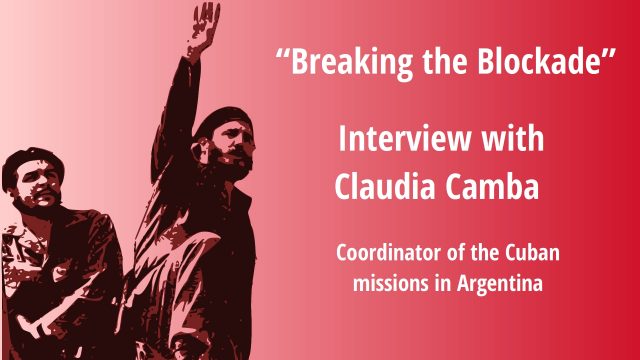 “Breaking the Blockade” was a short series where we interviewed Claudia Camba, coordinator of the Cuban missions in Argentina, about solidarity, internationalism and the blockade against Cuba.

The first episode is about the legacy of Che Guevara and how it is carried on by Cuban internationalism.

In the second episode the subject is the blockade against Cuba, and how the reconstruction after hurrican Irma is affected.