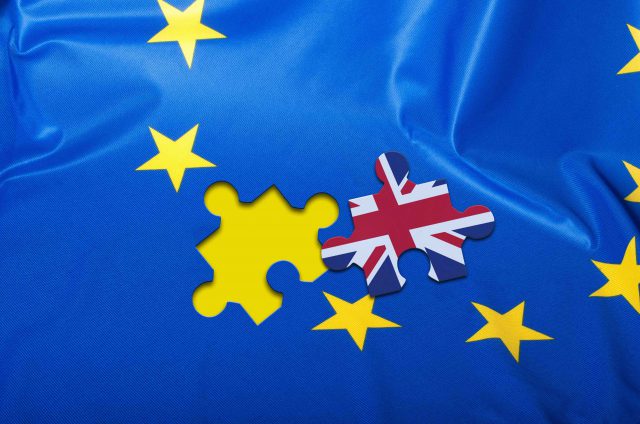 Both Right and Left are divided in every country about their position concerning EU, and Brexit just reinforced this gap. We can find everywhere people, mostly belonging to the political and financial elites linked with the establihsment, who are afraid by the wind of euroscepicism blowing now everywhere. The huge majority of those political leaders accept now, at least theoretically, that EU needs reforms even if they still consider EU is basically a good institution and that it has to be built on the base of a « free and undistorted competition” which lead to the extreme polarisation people are rejecting now. On the other side, we find rightwing or leftist militants considering that we need a completely new Europe and simultaneously people considering their country must leave EU since EU cannot be reformed. But, of course then, how to reform, or how to completely rebuild or why EU has to be entirely dismantled still oppose right and left around much more « traditional » class divisions. What is linked with the question of capitalism. Does EU then is definitively one of the base of the world globalized capitalism or can EU tend toward a more social or even socialist direction ? The Brexit has just reinforced all those contradictions and showed that the majority of Britons, like quite a lot of other Europeans, just consider EU as a non democratic supranational institution.

But Brexit had another consequence : it showed also much more clearly than earlier that Europe is not only divided between more or less pro- and anti-EU, between more or less right and left, but EU is also still fundamentally divided along the same geographical, cutural and political line that existed officially before 1989 between Eastern and Western Europe since reactions concerning Brexit are to a large extent very different in the Western and in the Eastern part of EU, even if both « Europes » agree now on the fact that EU is in a profound crisis which is not limited to the British case.

France : euroscepticism in the hard core of EU

Let’s then begin to analyse reactions in France, it means in an important country for the EU deeply linked with the process of European construction from its very beginning, where political mainstream elites are deeply engaged in the process of European integration but where the society have always shown a strong criticism concerning at least the way European integration was built. We have here to remember that the Maastricht treaty referendum in France was adopted with a very very tiny majority and that the European constitution was strongly refused by a referendum in 2005 that was in fact ignored by the European elites since the Lisbon treaty is almost a copy of the refused constitution imposed without any people’s consent by the alliance of the French establishment belonging to both « moderate » rightwing and leftwing parties. But we have also to remember that de Gaulle refused British access to the EEC considering Britain as a potential US Trojan horse. From that times, we have in fact in France two Lefts and two Rights, pro- and more or less anti-EU. Added to this at the same time when people’s opinion concerning EU were ignored, France did join back the military organisation of NATO without any consultation of the people at a moment when EU officially accepted that its foreign and military policy has to be coordinated with NATO.

For all those reasons, a lot of French observed the British referendum as if it was their own referendum. And the results of this referendum reinforced then the gap existing between people feeling they are « in » and the one’s who feel they are « out ». For leading rightwing leaders of the Les Républicains (former UMP) party like for leading social-liberals leaders of the Socialist party, their reaction can be resumed to this point : EU « needs reform » and some degree of democratization. Former president Sarkozy even declared that EU needs a new treaty …An idea he did not have when he was at the office. But we can observe within his own party the come back of the long abandonned Charles de Gaulle patriotic rhetoric concerning « a Europe of fatherlands ». It is too early to tell if this trend will prevail at the end but it is doubtfull since gaullism has been groundly dismantled for a long time. But it does not mean these feelings do not exist in the society. Within socialists, the Brexit reinforced the ferment among some already rebelious politicians who feel now threatened at the occasion of the next year elections.

But, if we can rely on polls, a majority of French seems now to be in favor of a referendum on EU in their own country even if, according to the same polls, only a little bit than one third of French are for now in favour of a « Frexit ». This explains why even the extreme right wing Front national does not favor « Frexit » but only advocates the reconstruction of EU giving to France the same exceptionnal rights …Britain did obtain within the EU (no Schengen treaty, no euro and various exceptions from the common EU rules). Situation seems to change within radical left. Intellectuals like Jacques Sapir, some political reviews (ruptues www. )[1] and some tiny political groupes like Comité Valmy[2] or communist split groups but now also a quite consistent fraction within the French communist party are in favour of leaving the EU. These groups think EU is not reformable and was basically created under the influence of the USA since the Second World war. For them Brexit is the long awaited begining of the final end of the EU that will disappear soon, opening a new era of patriotism and true internationalism extended to the whole planet.

But we can note simultaneously a significative evolution within the Front de gauche where the demand for a « reorientation » of the European Union is proclaimed with much stronger accents after the Brexit. Especially by Jean-Luc Melanchon, the quite popular leader of the Parti de gauche who is convinced by the example of Greece that a new balance of power has to be imposed in Europe and can be created by France that has still the economical and demographical potential to impose the complete reconstruction of EU in a social way. According to him, the British vote was understandable and was a good wake-up call. France has enough economical and political strenght to force what the Greeks could not do, either to impose against Brussels and Berlin a complete reconstruction of EU giving social rights to the people. But now he says that if it does not work, then the French should vote on European treaties and either accept them either refuse them for France. Melanchon does not say that France should leave in this case EU, just reject most of the existing treaties. We have here to remember that during the Maastricht treaty referendum Melanchon, a then Socialist party member, campaigned in favour of this treaty he criticizes now. We have to note that Melanchon is criticizing the German hegemony what was unimaginable till recently.

Even if observers consider that the question of migrants was one of the main reason of the Brexit, France is not very touched by this phenomenon. What is the contrary to the situation of Eastern EU countries. There the Brexit has a much stronger impact, since those countries are recent members of the EU and they did not experienced the debates concerning most of the European treaties they had to adopt automatically when they join the EU in the 2000ies. And since these countries have experienced a radical and painful transformation from State socialism to ultra-liberalism, their « new-old » elites were under very strong influence of the neoliberal dogmas and very fascinated by the Thatcherite model. In the same time, the rightwing thatcherian « nationalist » discourse was very popular in countries that left the Soviet bloc trying to experience a national sovereignty that does not exist in fact in the EU, at least since the Maastricht treaty. British connection was also well considered in Eastern Europe not only because of the neoliberal model but because of its pro-US, anti-Russian, anticommunist and non German character. For those reasons, East European leaders feel suddenly quite lonely with Britain out of the EU. And it is difficult to say how finally societies and politicians will react to this « lonelyness ».