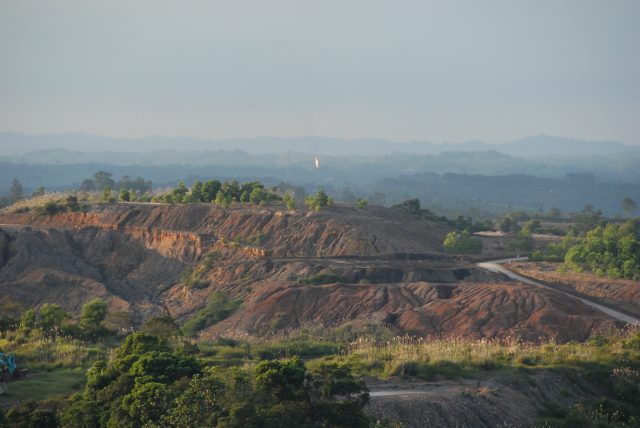 Writer, journalist and filmmaker Andre Vltchek granted an interview to Investig’Action to talk about his latest project: a documentary about Borneo (or Kalimantan in Indonesian), a giant island shared by three countries. After witnessing the catastrophic environmental destruction brought upon by plundering (neo)colonialist powers and conniving local elites, Vltchek is determined to spread the truth and expose the deadly consequences of savage capitalism. His work, which is very inconvenient for the elites, can be supported through this GoGetFunding campaign.

You are preparing a new documentary film about a big island, Borneo, which is shared by three Asian countries. Which was the triggering factor for making this film now?

AV: The triggering factor was a simple shock. I’m not what you’d call an environmentalist. Of course I care about our planet, about our wonderful creatures, plants, oceans, rivers and deserts. I don’t want them to suffer, to disappear. I wrote an entire book about the plight of South Pacific island nations, called “Oceania”, but that was all – I never made one single film about the environmental destruction.

But after visiting Borneo earlier this year (2017), something changed inside me. The island used to be one of the most beautiful places on earth, covered by impenetrable tropical forests, high mountains, and mighty rivers. Its many kingdoms and cultures were self-sufficient and thoroughly unique. Thousands of animal species were coexisting in harmony, sharing the living space with other creatures like birds, butterflies and rare plants, trees and flowers. It was a magic, gentle and pure world…

And it was all not so long ago. Many things are even documented by stunning old photographs…

Dutch and British invaders, showing no respect and no interest in local people and their habitat, began doing here what they have been doing everywhere for centuries: plundering, stealing, cutting down trees, extracting riches from under the earth, enslaving the locals. 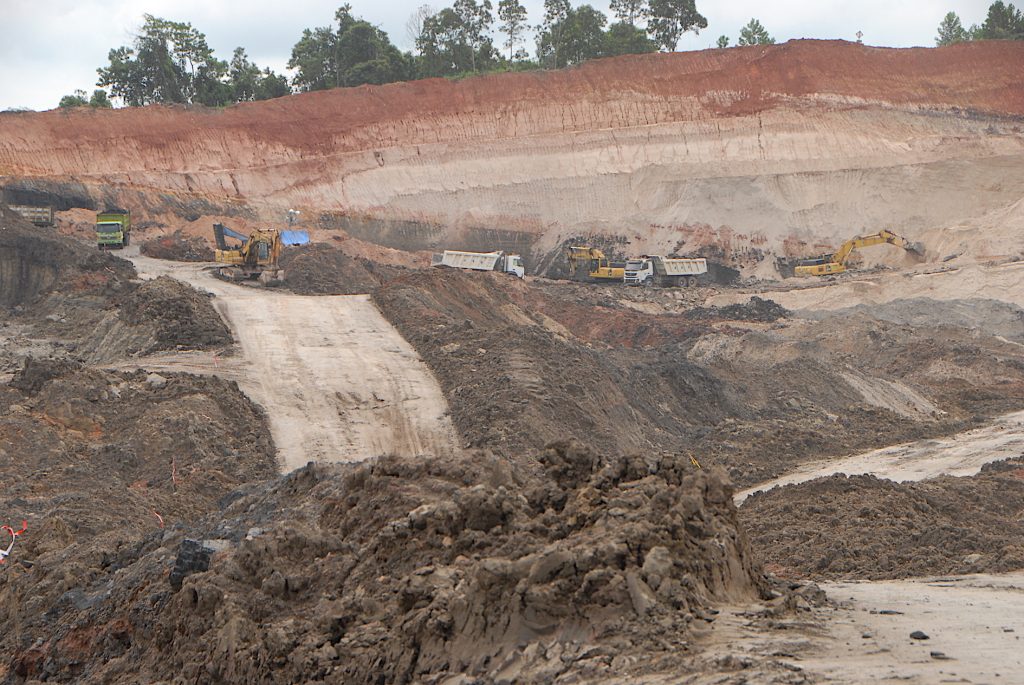 Later on, after semi-independence, the West corrupted local elites and introduced savage capitalism onto basically the entire island of Borneo. In Indonesia, the situation has been the most brutal, since 1965, when the pro-Western treasonous military overthrew the progressive anti-imperialist President Sukarno, putting on the throne a beast, a nitwit and a shameless collaborator, General Suharto. His barefaced money-hungry clique, together with Saudi-type religious bigots, has been running the country until this very moment.

Result: there is almost nothing left of the native forest. Indonesia has the fastest rate of tropical deforestation of any other nation on Earth. Rivers are polluted, often toxic. Hundreds of species are gone forever. Unbridled coal mining is scarring the land. Horrid palm oil plantations are replacing everything. As more and more riches are being found underground, the greater is the destruction. Indonesia is one of the most corrupt nations in the world, partially because of the shameful culture of collaboration of its ‘elites’ with the West, and with extreme capitalism.

What I saw in Borneo simply shocked me. From now on I’ll refuse to shut up. If Indonesians themselves are too scared or too programmed to address the situation, I’ll try to do it myself.

It seems that amnesia about the massive suffering of enslaved people, provoked by foreign imperialist administrations, is not the main concern of the traditional colonial powers like France, Britain or the US. For 75 years Borneo was a British ‘protectorate’. After its political independence, did the UK put into practice a neo-colonial approach, aiming at keeping control of the island’s resources? What means have been used?

AV: Yes of course. Brits and Dutch, as well as others did it.

There were many well-established neo-colonial strategies implemented in Borneo.

First of all, the elites in all three countries (Indonesia, Malaysia and Brunei) are almost totally under control of the West. What is often called ‘corruption’ here is in fact nothing else other than ‘collaboration’ with the foreign powers. Colonialism never died here – in fact it is alive and well in Borneo, and almost everywhere in Southeast Asia. The local ‘elites’ are serving the interests of both European and North American powers. They are willing to rob, to impoverish their own people, so they can maintain their own profits and privileges, and fill their own coffers, as well as those of the neo-colonialists. 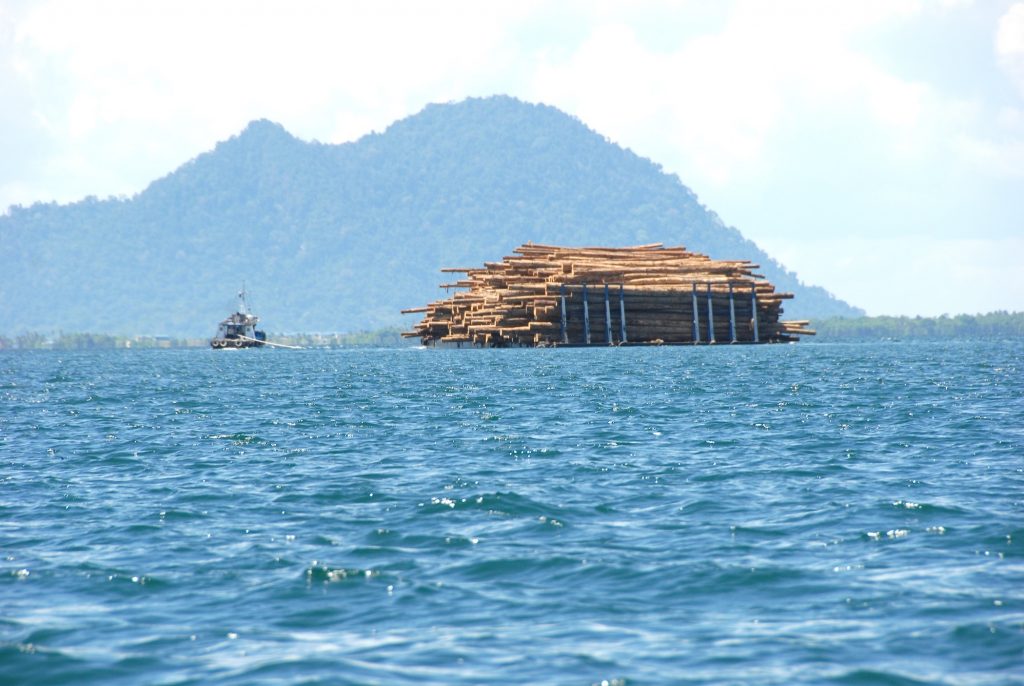 Education and ‘culture’ are also playing their terrible roles. Education in countries like Indonesia and Malaysia is almost fully controlled by the Western demagogues, and it is ‘sprinkled’ generously with the extreme and intolerant religious currents, predominantly imported from the Gulf and from the West. Those few writers, filmmakers and film producers who could still be found here, are producing mainly absolute rubbish, and not addressing anything rebellious, socialist or revolutionary here. Almost all of them are well remunerated from the West and expected to shut up. I described it in great details in my latest novel “Aurora”.

The situation in education is even worse: professors are chasing diplomas and PhD’s instead of fighting for their island. They are ‘pacified’, bought by the privileges and by pathetic ‘feel good’ rewards, like those fully paid trips to Europe or the United States. They are paid to travel to the lands of their former colonial masters like UK or Holland, and ‘learn’, instead of spitting into the faces of those who have been robbing them for long and horrendous centuries. After getting indoctrinated at home and abroad, teachers and professors return home and continue their destructive work, brainwashing and indoctrinating both children and youth.

The young generation is taught how to get well-paid professions, how to make money and how to serve Western imperialism and savage capitalism, instead of fighting for, or defending their country or their almost destroyed islands, like Borneo. It is thoroughly shameful! The people who are ruling Southeast Asia would be executed for treason in places like Cuba, China or Russia!

Back in 2012, Barack Obama announced a “pivot to Asia”. Is Southeast Asia already turning into the next Middle East because of the US imperialist ambitions?

AV: Good question, but it came a little bit too late. Southeast Asia and the Middle East are not all that different, anymore.

Look, in both parts of the world, the West used the most extreme religious streams, in order to enslave, brainwash and ‘pacify’ the local population. And it is not only Islam that has been used and abused by Washington, London and Paris. Every imaginable and unimaginable fundamentalist religious torrent was injected into this part of the world.

Result: this enormous part of the world does not have one single great scientist, philosopher, writer or a film director! Not one, just imagine!

The more destroyed, damaged and brainwashed this part of the world becomes, the more it is hailed by the Western mass media as ‘successful’, ‘tolerant’ and ‘democratic’. It is all just one highway robbery, a terrible, cynical joke, but it is being accepted ‘at home and abroad’, as most of the lies that are being spread by the Western indoctrinators are tolerated and embraced, as they are always well paid for. 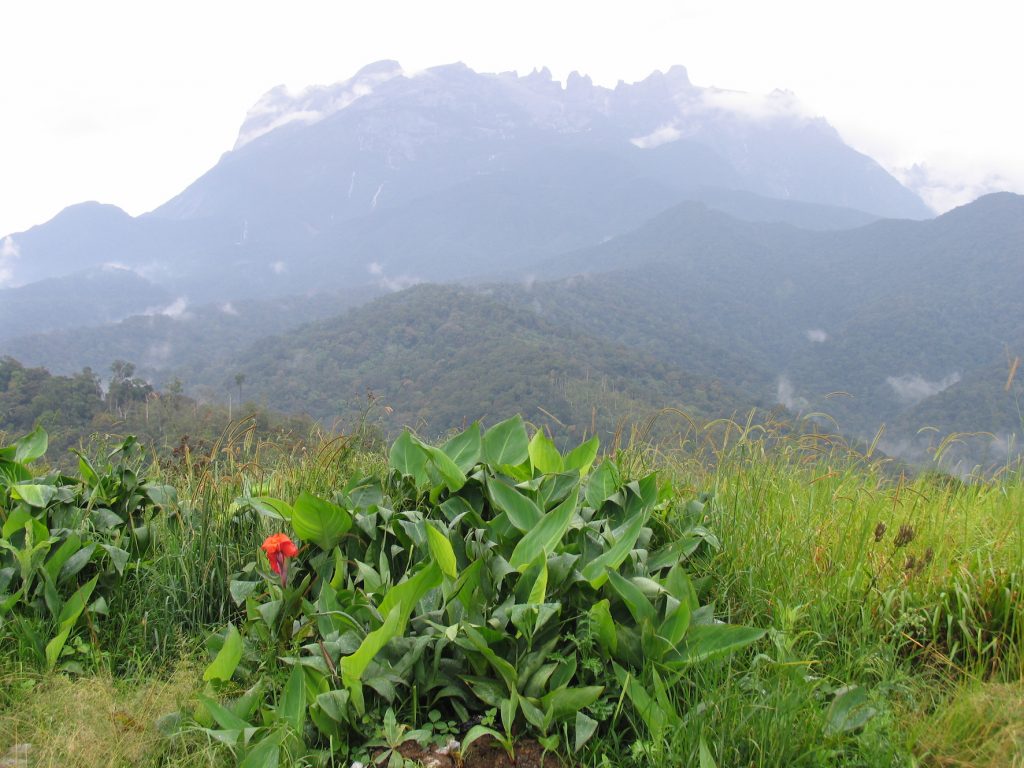 How are you planning to produce your documentary film? Are you being funded by some organization?

AV: I have no idea… I’m not funded by anyone.

This is how I always work: I recycle what I make from my books and films into my new work, into my revolutionary struggle for survival of our planet. I often run myself into the ground; periodically I collapse. But then I collect myself, get up somehow, and try to continue my struggle, my journey.

This time I actually asked my readers for support. Borneo is a tremendous story and it may need two films: one short and one feature one. I used the fundraising system: GoGetFunding. I asked for US$20.000, which would hardly cover a half of basic expenses. So far I collected US$60. That would not pay even for a couple of memory cards. But I never give up.

If someone is ready to support my work and my struggle, I’ll be grateful. If no one will, I’ll do it on my own, somehow! Attempts to destroy our planet do not wait. Why should I?

Borneo – not just nature, a great ancient culture has also been destroyed