Bachir Ben Barka: “the public has been fooled, made to believe that a significant step towards uncovering the truth was taken”

The collective “Defence Secrets – a democratic initiative” was created in Paris last September. What are its goals? To raise public awareness concerning defence secrets, which currently work “to the detriment of the historical truth and justice owed to the victims”, and to work towards an independent jurisdiction, “so that the state can no longer be both defendant and judge”. The collective brings together victims, relatives, historians, researchers and organisations “facing abuses and excesses due to defence secrets”. After the promise from French president Emmanuel Macron to declassify “all documents produced by French administrations during Sankara’s regime and after his murder… classified on grounds of national security”, we have interviewed one of the collective’s spokespeople, Bachir Ben Barka.

Alex Anfruns: When and how was your collective created?

In your recent press statement you have denounced obstructions to the truth in murder cases where the promise to lift the defence secret classification was not fulfilled. Can you give us some examples?

In all the cases mentioned in the statement, the defence secret works, one way or another, as an obstacle to justice or to researchers’ work. Even when something is declassified, the content of the document in question either has no interest, or it offers nothing new, or it is “censored”, that is to say, large parts are redacted.

The latest example in the investigation into the kidnap and murder of my father is very significant to show how political power manipulates this notion of a defence secret. During François Hollande’s five year presidency, no documents were declassified, despite the meetings with his advisers and those at the Ministry of Defence, who assured us that they would carefully take into account the demands from the investigating judge.

These demands concerned documents seized from the DGSE headquarters (interviewer’s note: the intelligence service dedicated to security in the French territories) and three quarters of which were classified as defence secrets. 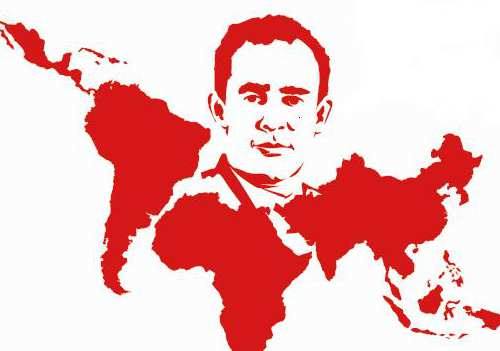 Nevertheless, the suspense was there until the very end…

Yes. Just a few days before the end of president Hollande’s term, with the assured coverage from the media, the advisory committee on national defence secrets announced that it had produced a favourable judgement to declassify 89 documents from the SDECE (later called DGSE) sent by the Ministry of the Defence.

After analysing these documents we found that, in fact, the department had fooled the investigating judge and the prosecution. In truth, the “89 famous documents” had no relation to the request of the investigating judge, which concerned documents seized in the DGSE headquarters in 2010 and which were classified under the defence secret. These 89 documents had been in the dossier for years! In these documents there are even records from judge Zollinger from 1965 or 1966…

That was how, in the confusion of the final days of Hollande’s five year term, nothing was made to help justice move forward: the public has been fooled, made to believe that a significant step towards uncovering the truth was taken.

Your collective has the feature of being formed by members that testify over cases that have taken place on an international scale. In the countries in question, how have authorities reacted to your demands?

Our demand to lift this classification is directed towards French authorities, although the cases in question may refer to crimes committed in foreign countries or involving foreign authorities. The complaints are submitted in France and investigated by a French judge.

The issue that you are posing is to up to what point the cooperation from these foreign authorities is concrete and effective. In the “Ben Barka case”, that is far from the case in what concerns the Moroccan authorities. The international letters rogatory are executed to the minimum, and supposedly the witnesses are impossible to find, even though they are high-ranking officials who are still active.

How do your rate French jurisdiction in this regard?

There is no judicial review in the context of defence secrets. The arbitrariness and the good will of the administrative or political authority is the rule. Since 1998, only one investigating judge has appealed to an advisory committee on national defence. Its opinion is merely advisory, but history has shown that administrative and political authorities systematically follow this opinion, thus ridding themselves of their political prerogative.

The Collective is looking to open a debate with lawyers, politicians, researchers, etc., to be able to reform this system and make it so that an independent jurisdiction can intervene in these processes. The debate we are looking for will provide a more complete picture of the situation in other countries.