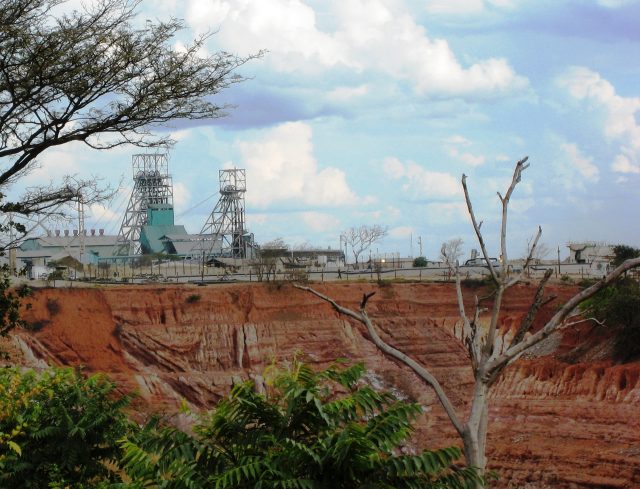 Those who can least afford to pay the heaviest price.

Zambia is a rich country with a poor population.

A Zambian trade unionist, a veteran of many years of struggle in the copper belt of the country, tells me that the situation is bleak. It is true that the poverty rate is high – unimaginably high, beyond the data available from the government and international agencies. The numbers oscillate between 60% of the population in poverty to 80% in poverty. That means that at least 10 million of the 16 million Zambians live in poverty.

Last year, Gregory Chileshe of Christians Against Poverty said that the hunger is a consequence of unemployment. The ‘pangs of poverty’, he said, ‘will flatten the people to inhuman conditions’.

Zambia is not a poor country – if you look at its resources. It is the eighth largest supplier of copper to the world. Last year, Zambia produced 850,000 tons of copper, 100,000 tons more than in the previous year. The price of copper remains high. There is plenty of money to be made from this precious resource. The five copper firms that dominate mining in the country have Zambian names, but are not Zambian companies. They are owned by the Canadian firm Barrick, the Canadian firm FQM, the UK firm Vedanta, the Swiss firm Glencore as well as by China’s Non-Ferrous Metals Mining Corporation. These are major mining companies that leech Zambia of its resources and – through bribery – earn the loyalty of the pliant government.

Last year, the UK High Court accepted a case brought by Zambian villagers from the Copperbelt, who said that Vedanta’s Nchanga mine had polluted their village. The case will be heard in November.

These are small instances of the social cost paid by ordinary people in a rich country that has been historically leached of its wealth by large firms based as far away as Canada. It is easy for Canada to appear as a socially liberal country, with a liberal prime minister. The behavior of Canadian firms in places like Zambia, however, is at odds with the coolness of Justin Trudeau. From eastern Madagascar to southern reach of the Atacama Desert (Chile), Canadian mining firms are destroying the environment and wrecking the lives of ordinary people.

In the zone of enforced poverty, with the theft of resources commonplace, it is the children who pay a heavy price. They are left illiterate.

The UN Children’s Agency – UNICEF – has just released a stunning report about illiteracy. It suggests that north of Zambia – from South Sudan to Niger – the illiteracy rates of children are stunning. Current the highest illiteracy rates are in Niger (76%), Chad (69%), South Sudan (68%) and Central African Republic (64%). In these countries, children cannot read nor write.

Why is this so? Why are these countries – each rich in resources – unable to teach their children elementary skills?

UNICEF suggests that the reason is that this region has long been a site of conflict. It is true that this belt that runs across the width of Africa has struggled with wars of one kind or another. Niger, for instance, is faced with a virtual military occupation by France and the United States, whose militaries are on the ground to defend the uranium mines for French companies.

War certainly creates chaos. The UNICEF report is correct in its emphasis on war. But war is not a sufficient explanation. War is itself a symptom of a much more dangerous underlying reality.

These countries are all rich in resources. They are also in places where the nation-states have been unable – for whatever reason – to harness the resources on their own. The ruling elites in these nation-states have turned over their sovereignty to enormously powerful multinational corporations – such as the five that essentially shape policy in Zambia.

The profits made by these firms – by the sale of Zambia’s copper or Niger’s uranium – is far beyond the GDP of these states. These companies declare only a fraction of their earnings. About two-thirds of their earnings are ‘mispriced’ – and the money sent off to tax havens.

Global Financial Integrity studied five African countries (Ghana, Kenya, Mozambique, Tanzania and Uganda) to show that these countries lost at least $14.5 billion to such financial shenanigans. The UN’s Economic Commission of Africa estimated that the illegal financial flows out of Africa amounted to $50 billion per year. Most of this money vanishes into tax havens.

The ruling elites in these African states accede to these firms often because they are bribed to turn a blind eye to the corruption of multinational companies. Transparency International suggests that the bribery amounts total around $3 billion for all of Africa. The United Nations has suggested that 99.5% of bribes are paid to African officials by non-African firms. This is cagey language. It suggests that the large mining conglomerates are knee deep in the bribery industry.

The ruling elites are selling the countries cheaply. The rate of return earned by Western-based resource extraction firms is considerable. Bribery certainly pays off.

Not for the children who live above the copper or the uranium. They cannot read this article. Nor can most of their parents.