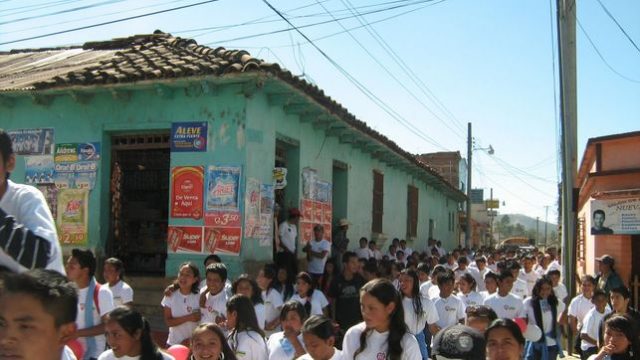 This is well known: the stronger mommy and daddy’s portfolio is, the better the school report will be. Common sense offers a very simple explanation: rich people have better genes and a stronger character. It is moreover because of this that they have become rich, and they readily pass this on to their children. But this would not be the first time that common sense leads to a premature conclusion.

According to common sense, the Earth is flat and the Sun orbits around our planet. The essence of this intuitive reasoning is based on the idea that intelligence is a purely biological fact which will remain constant. Several neurological research works have undermined these two assumptions.

The influence of the environment

In this domain, rigorous experiments have been performed, not on people but on animals. This is how the development of the brains of respectively “rich” and “poor” mice has been studied. The “rich” mice lived in small groups in cages with plenty of toys, and “poor” mice lived in bigger numbers in empty cages. The neural networks in rich mice developed much faster and their brains became notably heavier than those from their poor counterparts. The rich mice became much smarter in finding their way out of a maze. In monkeys as well, it was found that the environment has a strong influence on brain development and intelligence (1).

In humans the impact of environmental factors is even stronger, this is what is shown in a recent study involving sugar cane planters in India. These small scale peasants receive more than half of their income in one go, shortly after harvest. For part of the year they are relatively rich and they are rather poor during the other part. It appears that these peasants have more mediocre results in cognitive tests during their “poor” periods. They lose up to 13 I.Q. points, the equivalent of a sleepless night or alcoholism. Yet these are the same people, with the same brains.

Furthermore there is the Flynn effect. After the 2nd World War US citizens got an average of 100 in I.Q. tests. In 2002 the same tests, which normally involve finding solutions to abstract problems, yielded and average of 118. This is a substantial increase. This effect has been seen in all industrialised countries, including Belgium. The increase was of 3 to 5% per decade. Nowadays this effect is closer to stagnation, and in some cases in regression.

Intelligence is not a static quantity, it can (strongly) fluctuate within the same person. Furthermore the environments are susceptible to change through time. A part of the intellectual ability is determined by genetic factors, but the surrounding environment also exerts a very big influence on the intelligence.

This influence is seen in two ways. Primarily it influences neural networks directly. It is especially during childhood that these networks are very important to the development of the brain. Later on they remain important, but to a smaller measure. These are the building blocks of the memory but they also work to formulate information.

A healthy diet and an improved environment, for example with no lead contamination, are favourable factors for good brain development. A better education system also stimulates these networks.

A second important factor is stress, notably in cases of insecurity or poverty. In such situations, life revolves around what we do not have, what is missing: an unpaid bill, will I be able to buy enough to eat? How to pay for kids’ school? Etc.

Insecurity devours people, makes them lose a long term perspective and prevents them from paying attention to the more important things. The judgement capabilities are in a way held hostage by big concerns or a strong anguish. The people living poverty are absent, easily disoriented, day after day. They develop a tunnel vision that stops them from thinking clearly. They often make unreasonable decisions, not because they are stupid, but because they live in a context where anyone would make bad decisions.

A challenge for education

This is an important task assigned to the education system. A good system can compensate for part of this intellectual gap. A fair education system should do it. The sad thing is that our education system, instead of bridging this gap between the intelligent rich and the less-intelligent poor, it reaffirms it and reinforces it. In this regard the Belgian system is the worst amongst rich countries. There is no other place where social origin is a better predictor of school success than in Belgium.

“Our education system does not play its role in terms of social mobility” said professor Dirk Jacobs (ULB). According to his colleague Wim Van den Broeck (VUB) it is truly scandalous: “To give insufficient training and preparation for life to students coming from households with less cultural baggage, that is the worst social injustice”.

In Belgium this big gap is a consequence of the partition between strong and weak orientations. These orientations are nothing but a pre-selection for the job market. The education reform predicted in the northern part of Belgium, cooked up by the populist right-wing NVA, will do nothing but enlarge this gap.