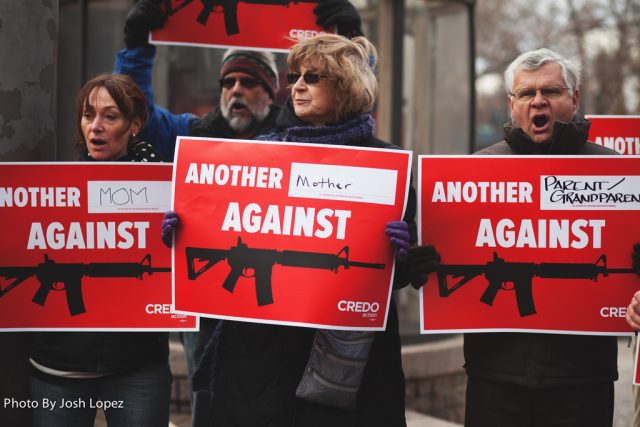 Americans have a remarkable tolerance for child slaughter, especially the mass murders of the children of others. This emotional indifference manifested itself vividly after the disclosure of the My Lai Massacre, when dozens of Vietnamese infants and children were killed by the men of Charlie Company, their tiny, butchered corpses stacked in ditches. After the trial of Lt. William Calley, more than 70 percent of Americans believed his sentence was too severe. Most objected to any trial at all. In the end, Calley served less than 4 years under house arrest for his role in the execution of more than 500 Vietnamese villagers.

Twenty-five years later, American attitudes toward child deaths had coarsened even harder. When it was revealed that US sanctions on Iraq had caused the deaths of more than 500,000 Iraqi children, Bill Clinton’s Secretary of State, Madeleine Albright, icily argued that the deaths were “worth it” to advance US policy in the Middle East. Few Americans remonstrated against this official savagery done in their name.

Now the guns are being turned on America’s own children and the rivers of blood streaming out of US schools cause barely a ripple in our politics. If the Columbine shooting (1999) was a tragedy, what word do you use to describe the 436th school shooting since then?

Don’t look for an answer or even solace from any of our political leaders. All you’ll get is cant, hollow prayers and banal vituperations of the sort we’ve been hearing for two decades from the likes of Nancy Pelosi. Pelosi’s most restrictive gun control proposals wouldn’t have stopped any of the recent shootings. She plays politics with the blood of children as cynically as the NRA’s Wayne LaPierre. Both are adept at fundraising off the bodies of the dead.

Even the RussiaGaters seized the opportunity to turn Vladimir Putin into one of Nikolas Cruz’s co-conspirators. Democratic blowhard Eric Boehlert, formerly of Clinton defense team Media Matters, tweeted: “key Q: how much $$$$$ did @NRA accept from Russia in 2016?”

In these moments of national trauma, Donald Trump can be counted on to open his mouth only to extract one foot and insert the other. This week his creaky mandibles got quite the workout. First, he was goaded into mumbling his generic opposition to wife-beating. Then only a day later he had to summon the energy to sputter out scripted condolences for the victims and families of the mass shooting at Douglas High School in Parkland, Florida.

In the past, Trump has railed against what he—or Steve Bannon—called the “American carnage.” Of course, this week’s slaughter isn’t the kind of “carnage” that Trump was referring to, since it was committed by a MAGA-hat wearing teen from the suburbs, who was trained in the proper use of rifles by an NRA grant funded shooting program. From an operational perspective, the only thing missing was the silencer hawked by Trump’s idiotic son, Donald Jr. Trump’s urban villains, naturally, use knives, brass knuckles and switchblades.

One might be tempted to cut Trump some slack. After all, his political options were constricted. He couldn’t possibly be expected to talk about the fact that this is the 239th school shooting since Sandy Hook (2012). He couldn’t speak about the 438 people who have been shot in schools since Sandy Hook. Or the 138 people who have died in school shootings since Sandy Hook. Why? Because most of Trump’s hardcore base don’t believe the Sandy Hook massacre really happened. They believe it was a fake shooting staged by the gun cops of the Deep State. Next week, they will be saying the same thing about the Parkland slayings. The Trump presidency levitates on such dark fantasies. Better to keep the messaging simple.

So Trump could only say that the killings were the work of a teenager who was “mentally disturbed.” His bland, six minute homily deftly avoided the word “gun.” It couldn’t have slipped Trump’s mind that one of his first acts as president was to sign into a law a measure over-turning an Obama-era ban on the sale of guns to people with mental disabilities. Thus, instead of endorsing any measure to restrict the sale of guns to the insane, Trump called on his American subjects to become mental health snitches, to profile potential psychopaths and report suspicious “instances to authorities, again and again!” Can we start with the president? Do we dial 1-800-Deranged? Will Jeff Sessions pick up the line?

By most accounts, Nikolas Cruz was a troubled kid, who led a creepy life that was spiraling into acts of increasingly sadistic violence. Both of his adopted parents had died and Cruz was living a dead-end existence in a friend’s basement, while working a nothing job at the Dollar Tree store. He had apparently been treated for depression, but walked away from his therapy sessions. There’s no word yet on whether, like so many other shooters, he’d been fed anti-depressants. It’s when you come off the serotonin uplifters that the real trouble usually starts.

Society had turned its back on Cruz. He was one of the expendables, cut adrift by his school, which wasn’t equipped to deal with his deep psychological problems, to freefall without any safety net to catch him. But when he hit bottom, he returned with a vengeance to the very institution that had rejected him.  Now we’re told to keep watch for others just like him. How many are out there, one bad experience from snapping and going full-auto at a mall or a schoolyard?

I try to summon some empathy for Nikolas Cruz, but can’t.  Cruz tortured animals, threatened fellow students and openly bragged about his desire to kill people. This man should never have possessed even an pop gun, but on his minimum-wage job he was able to walk into a gun store and legally buy an AR-15 assault rifle and multiple magazines of ammunition. He made no effort to conceal his simmering animus or his arsenal of weapons. It’s all up on Youtube and Facebook. Cruz was even reported to the FBI, which, typically, didn’t pursue the lead. The FBI prefers to devote its resources to investigating crimes it orchestrates itself.

If you’re looking for the tragedy in all of this, it’s to be found in the fact that the same implements of mass death used at My Lai are entirely legal to buy, sell and own in the US fifty years later. In fact, these weapons are sanctified in American culture. AR-15 medallions hang like crucifixes from the necks of thousands of Americans. We have stepped in death so deep we’ve made a virtue of it.

The American moralists are always carping about personal responsibility. Well, Nikolas Cruz will be tried for his crimes and will likely spend the rest of his miserable life in one of Florida’s hellhole prisons. But who will be held accountable for allowing a monster like Cruz the means to commit them? Those are the people who should be reported to the authorities. The problem is: they are the authorities.

Cover photo: CREDO Calls on NRA to Stand Down (photo by Josh Lopez)