A Secret Political Genocide in Colombia 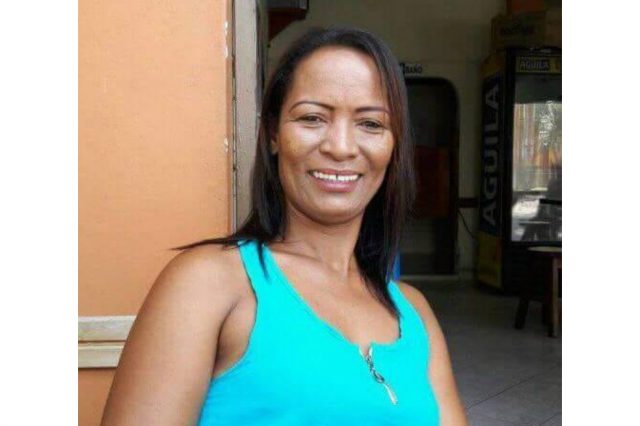 “One does not know if the paramilitaries are going to kill you first or if one will be killed by the avalanche of Hidroituango.” – Ana María Cortés, campaign organizer.

While much of the main international media outlets have been captivated by the World Cup or covering the current political developments occurring in Venezuela or Nicaragua, little coverage has been awarded to the startling increase in the systematic assassination of community leaders and political activists in Colombia. There have been 19 recorded assassinations in the past 8 days, 100 or more assassinations just this year and countless death threats as well against these individuals.

Some death threats over the phone have been recorded and published. The threats follow a similar pattern that essentially demand, “If you do not leave town you will become a military objective.” Today Ana María Cortés, a leader of the ex-presidential campaign of Gustavo Petro, in Cáceres, Antioquia was found dead. This event is connected to a thread of assassinations of opposition campaign leaders after the presidential victory of Ivan Duque on May 27th.

Neither the incumbent president nor the current president has presented a solution to stop this new threat of violence. Many point to the complicity of the state in these assassinations. For example, the ex-presidential candidate Gustavo Petro has signaled the head of the police in Cáceres of being the intellectual perpetrator behind the assassination of his campaign coordinator, as days before the murder the sheriff had threatened her life. Due to this fact, many opposition political leaders struggle to find remedy through traditional juridical or political means.

The recent popular hashtag in Colombia has been #NosEstánMatando which translates in English to, “They are killing us.” This hashtag sums up the general sentiments of the 8 million Colombian citizens who voted for Gustavo Petro and who want to see a change in Colombian politics. Many social organizations have been galvanized by the recent uptake of violence and public assemblies have been scheduled in memory of the victims. Camila M., a community leader in Bogota, Colombia comments, “We feel great pain for the tragic situation we are going through, there is no respect for life.

However, the citizenry are organizing to demand the exiting administration and the one that will arrive, that the peace agreement be implemented, that security is given to the defenders of peace, and that the Justice system accelerate the investigations of the recent assassinations.” Fifty cities across Colombia and thirty-two cities across the world have joined the call to hold a candlelight vigil in public centers on July 6th. This serves to mourn the losses and protest the recent wave of violence that has had a negative effect on the advances of peace processes.

The function of these systematic assassinations of community organizers is to intimidate and deter the political opposition to the new presidency, who is ostensibly Álvaro Uribe Vélez, a close ally to Washington. He is a current senator and former president of Colombia (2002-2008) that has 274 investigations pending in the judicial system. Some of the crimes which he is implicated in include, crimes of lesser humanity.

The sense of anguish and urgency of the current situation is exacerbated by the silence of the major media outlets in Colombia, the Attorney General and the Minister of Defence. While the American public is bombarded by news of democratic losses and persecution of political opposition in Venezuela and Nicaragua, little is said about the dire situation of democratic rights for the political opposition in Colombia.

This would suggest that political resistance in some countries is more laudable than in others. The Colombian defenders of peace yearn for their voices to be heard to prevent the impending political genocide.