A Review of Dan Kovalik’s ‘The Plot to Scapegoat Russia’ 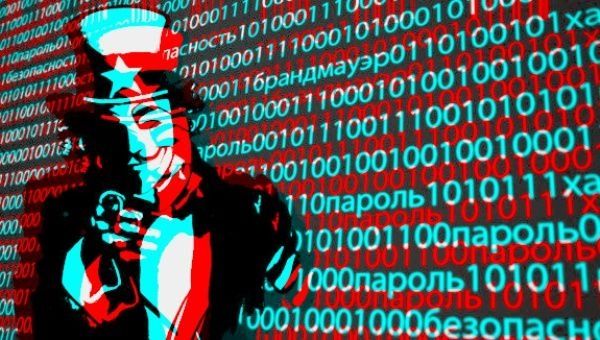 Kovalik presents a persuasive case that the demonization of Russia and Putin is being used to justify war and more conflict with ever increasing military budget.

Attorney Dan Kovalik has written an extremely important book that challenges the current media/political focus on “Russia-gate” and warns that dark forces of war are taking us in an ever more dangerous direction.

The book, released just a few weeks ago, has received high praise from numerous writers.

In his foreword to the book, best selling author David Talbot says:

“The U.S. war machine has revived the tried and true Red Scare … This massive anti-Russian propaganda campaign is one of the biggest fake news operations in U.S. history … Unlike our war-obsessed media, human rights lawyer Dan Kovalik does understand that peace and diplomacy are in the best interests of the American and Russian peoples. His book is an urgently needed counterassault against the propaganda forces that are trying to push us over a precipice that it too terrifying to even contemplate. It’s time for all of us to speak truth to power before it’s too late.”

Talbot’s warning is not hyperbole. As I write this review, the U.S. military is pushing ever closer to direct military confrontation with Syria, Iran and Russia in the Middle Eastern country.

The book is entertaining reading because Kovalik combines his personal evolution with facts and history. He grew up as a conservative Roman Catholic fearful and wary of communism and the Soviet Union. He describes how his beliefs and assumptions were challenged when he traveled in Latin America. The first hand experience led to more reading and research which resulted in the shocking realization that the U.S. government has been behind coups and military dictatorships from Indonesia to Iran, Guatemala, El Salvador, Brazil, Paraguay, Chile and more.

The author discusses U.S. foreign policy since World War II, before and after the collapse of the Soviet Union. He puts the current “new” Cold War in historical context and reviews the facts behind the current media/political focus on “Russia-gate.” He concludes that we are being blinded with baseless Russo-phobia while forces pushing for more American war and aggression are going unchallenged and recklessly threatening a war which could engulf us all.

Kovalik describes his own youthful belief in “American Exceptionalism” whereby our policies and actions are believed to be uniquely good and well meaning. For the author, that belief was confronted by a very different reality when he traveled to Central America in the 1980’s. There, he saw the reality of U.S. funded “Contras” terrorizing Nicaraguan villagers. There he learned of the four Catholic nuns murdered by the Salvadoran military which our government was supporting.

Relevant but not widely known historical facts are reviewed:
– The role of American advisers in the collapse of the Russian economy during the 1990’s.
– The broken promises to Mikhail Gorbachev.
– The expansion of NATO right up to the Russian border.
– The NATO wars on Yugoslavia, Iraq, Libya.
– The increasing discrepancy between rich and poor both within the US and internationally.

The author presents the case that the real threat to democracy is not coming from Russia, it is coming from our own political system and the forces which benefit from and which promote war and aggression. Former President Jimmy Carter has said the U.S. is an “oligarchy with unlimited political bribery.”

Kovalik reviews the history of CIA and other intelligence agency whistle-blowers. He concludes that “The CIA is not a reliable source and poses a much greater threat to US democracy than Russia ever could.” The CIA wants Trump to stay on the path of confrontation with Russia. There is a long history to conflict between the CIA and presidents seeking to promote peace. Former President John Kennedy had such fierce conflict with the CIA that he said he wanted to “break it into a thousand pieces and scatter to the wind”.

Kovalik presents a persuasive case that the demonization of Russia and Putin is being used to justify war and more conflict with ever increasing military budget. Instead of a “peace dividend”, the old Cold War led to ever greater U.S. intervention abroad. The new Cold War is raising the risk of a direct confrontation and possible nuclear war. Most Americans do not want another war. Why are we headed down that slippery slope? This book goes a long way to explaining why.

Rick Sterling is an investigative journalist. He lives in the San Francisco Bay Area and can be reached at [email protected]