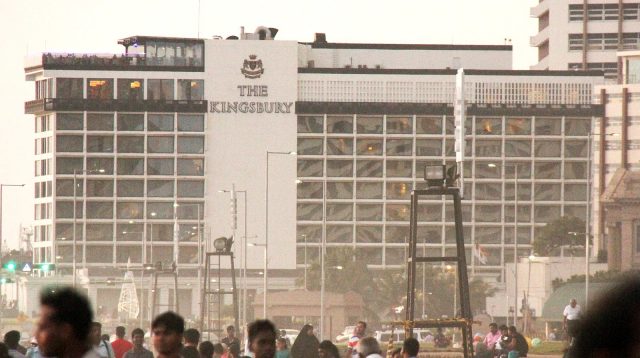 Sri Lanka’s Prime Minister Ranil Wickremesinghe has admitted that there was failure to pay due attention to intelligence warnings regarding impending suicide bomb attacks targeting churches. After a wave of bomb blasts in different parts of the country on Easter Sunday (21) national television stations reported the prime minister saying that international help was needed to ascertain whether there was foreign involvement in the violence.

As of Monday reports said the death toll had risen to 290 with 500 injured being treated in hospitals. Among the dead 27 were reported to be foreigners. Three policemen also died Sunday during a search operation in the suburb of Dematagoda. It is the first terror episode to take place since armed forces defeated the separatist Liberation Tigers of Tamil Eelam (LTTE) in 2009, bringing a 30-year civil war to an end. No group has taken responsibility for the new attack which appears to have been surprisingly sophisticated and well-coordinated.

Three churches were targeted during Easter Sunday service – in Colombo, Negombo on the country’s west coast, and Batticaloa on the East coast, along with restaurants at breakfast-time in three five-star hotels in Colombo. There was lack of clarity in initial reports, with the police spokesman saying it was yet to be established whether suicide bombers were involved, while local media reported it as fact. The Hiru television station had already given an eye-witness account from St Sebastian’s church in Negombo with CCTV footage of the attacker walking in, followed by scenes from the blast showing what was reported to be the suicide bomber’s head. The prime minister in an early press release had merely said “I see this as an attempt to make the country and its economy unstable.”

A chilling aspect of the new terror episode is that it hit unexpectedly with law enforcement authorities apparently unprepared. But by evening Telecommunications Minister Harin Fernando had tweeted https://twitter.com/fernandoharin/status/1119999431909228544  that a police intelligence memo sent to various security divisions warning of the attacks, had been ignored. According to the Daily Mirror: “The letter titled “Information of an alleged plan attack” said the state intelligence services had received information from a foreign intelligence service to the effect that National Thowheed Jamath Leader Mohammed Zahran was about to launch a suicide bomb attack in Sri Lanka targeting famous catholic churches and the Indian High Commission.” A Muslim fringe group called Thawheed Jamath was last year associated with attacks on Buddha statues. But nothing approaching the current scale of violence has been attributed to it.

There was a suggestion of external involvement in a report that said the deadly ‘C-4’ type explosives had been used in the blast at Shangri La Hotel. Two people had checked into room number 616 on April 20, 2019, the Daily Mirror reported, citing investigators. “The close circuit television camera (CCTV) footage revealed that the suspects detonated the bombs in the cafeteria and on the corridor at the hotel” the report said. By Monday the police spokesman said 24 suspects were in custody (apparently all locals).

President Maithripala Sirisena has announced a Special Investigation Committee headed by a Supreme Court judge to report to him in two weeks on the “causes and background for the grave national catastrophe.” Meanwhile government spokesman Minister Rajitha Senaratna’s remarks at a live-telecast press briefing Monday indicated there were tensions between the President and Prime Minister Wickremesinghe who, Senaratne alleged, had been kept in the dark about the intelligence reports.

Leaders from Buddhist, Catholic and Muslim religions were unanimous in their calls for communities to remain calm and unite in facing the terror threat. “Please don’t try to take the law into your hands,” said the Archbishop of Colombo, Malcolm Cardinal Ranjith.

Some ministers described the violence as a ‘targeting of the tourist industry and the economy’ by those who were ‘jealous’ of the government’s achievements. Opposition politicians blamed the government for having de-prioritised national security. “At least now, the government should admit its mistake in weakening the intelligence services” said Ranjith Soysa, an Opposition lawmaker. Former president Mahinda Rajapaksa, asked by reporters to comment, said “If there was security this wouldn’t have happened.”

Cambodia keeps perverting its own history, for cash

“Sanctions on Iraq, Syria, Yemen, North Korea or Iran, are the economic equivalent of atom bombs”