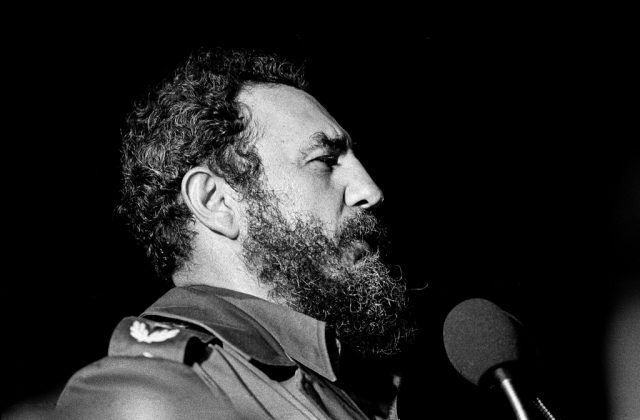 Fidel’s ideas and his heroic attitude in declaring them are, today, one year after his passing, more valid than ever.

On Dec. 17, 2014, the world witnessed the simultaneous surprise announcements by presidents Raul Castro and Barack Obama to re-establish diplomatic relations between Cuba and the United States after more than five decades.

However, the fallacy was floated that this decision represented a step toward “normalization.” On that day, Obama claimed that the move was intended to “begin to normalize relations between our two countries.” Nevertheless, as historic as this decision was with regard to the reopening of the respective embassies, it did not at all mean that the path was in fact toward normalization. It was nothing of the sort.

In fact, “normalization” contradicts the very logic behind the announcement (referred to as 17D by the Cubans). Obama indicated that the United States considered its Cuba policy a failure because it did not achieve U.S. goals, among others, of bringing “democracy” to Cuba or of nudging Cuba toward an “open economy” (market economy or capitalism). Nor did the policy succeed – indeed, it backfired – in its objective of isolating Cuba from the rest of Latin America. As a consequence, the United States was forced to change its tactics in order to achieve the same historic goal of bringing the aforementioned changes to Cuba and increasing its dwindling influence in what it considers to be “its backyard.”

Thus, despite Obama’s assertion, there was no basis at all for believing that a process of normalization was being undertaken. Furthermore, one can refer to a few examples that puncture holes in the star-spangled bubble. First is the ongoing U.S. blockade, which Obama only slightly amended (despite his wide-ranging executive powers, which would have availed him to do far more) while voluntarily imposing a record number of fines on international organizations, financial and otherwise, for trading with Cuba. This, of course, tightened the effect of the blockade.

Second, despite his executive powers to do so (and the Democratic Congressional majority in his first term), he did not close the prison in Guantanamo or return the territory to Cuba. Third, his administration practically outdid all his predecessors in the allotment of funds for CIA-backed subversive “democracy promotion” programs in Cuba. On this point, recently released documents indicate that a massive amount of U.S. CIA-backed funding took place in the years 2014–2016. This, it must be recalled, took place while the Obama administration was negotiating diplomatic ties with Cuba and even after the publicly announced new Cuba policy. Thus, many Cuban authorities and commentators were asking what kind of normalization this was.

Yet, flying in the face of reality, the illusion of “normalization” persisted. Moreover, in early 2016, as Obama was planning his trip to Cuba for March to crown his signature foreign policy legacy, this daydream was enhanced from staid black-and-white to color.

However, during Obama’s actual visit to Havana, the Cuba-U.S. policy fostering the figment of the imagination of “normalization” went even further, turning itself into a high-definition Hollywood blockbuster. Hitting a fever pitch, it was stage-managed to the hilt through the Hollywood-type projection of U.S. imperialism’s new image in the form of Obama and his entourage. During those three days in March, nothing looked more “normal” in the international arena than Cuba-U.S. relations! For some, it consisted of a barely veiled euphoria.

Thus, “normalization” became even further entrenched by some as a fait accompli. By design, seduction replaced open aggression to achieve the five-decade-long elusive goal of breaking down Cuba’s will in order to bring the archipelago into the realm of U.S. interests. “Aggression” and “seduction” are closely related not only literally but also politically, as they are two sides of the same coin.

Nevertheless, given the high level of political consciousness among the vast majority of Cubans, they were not mesmerized by a pied piper in the form of Obama. Not everyone fell for this. Steeped in Cuban leader Fidel Castro’s ideas, Cuban revolutionaries in the government and the press immediately took up the sword in the form of the pen and the spoken word to deconstruct the Obama narrative. Cuba was abuzz. Nevertheless, it was Fidel himself who dealt a devastating blow to the U.S. daydream of seduction as the new tactic to replace open aggression.

Who can forget the Comandante’s now legendary ironic reflection titled, “Brother Obama,” wherein he ripped apart the Obama narrative? In essence, Obama wanted to win over Cubans (for the first time from the advantageous position of the U.S. operating from within Cuba) to the idea that their future is tied to U.S. benevolence. As Obama said on Dec. 17, “Some of you have looked to us as a source of hope, and we will continue to shine a light of freedom.” This misconception of potential “common values” and interests facilitates the false notion that diplomatic relations combined with a few cosmetic measures lead to “normalization.”

Obama’s evangelical overture to Cubans encompassed the appeal to “leave the past behind. It is time for us to look forward to the future together” as he said in Havana in March 2016 in order to build the myth of easy compatibility between the two systems. A slide toward mutual conformity could only mean that Cuba would give up its principles. Would the U.S. give up its political and economic system to identify with Cuba and thus facilitate “normalization?”

Fidel’s “Brother Obama” is but one example of many warnings of the U.S. goal to subvert the revolution by changing tactics. This Fidelista idea has been repeated in many forms since 1959. For example, several decades ago, he said, “Even if one day the relations between socialist Cuba and the empire would improve, that empire would not cease to crush the Cuban Revolution.”

To take just one more example, only a month after Dec. 17, Fidel wrote a missive to university students: “I do not trust the policy of the United States, nor have I exchanged one word with them, though this does not in any way signify a rejection of a peaceful solution to conflicts or threats of war.”

Fidel’s thinking can be encapsulated into: yes to the diplomatic relations that Fidel pursued since 1959; but no to trusting the U.S. long-term goal hidden by the normalization mirage ad infinitum.

Fidel passed away a year ago today on Nov. 25, 2016, only a few weeks after Trump’s unexpected victory in U.S. elections. The new U.S. administration ushered in a change from Obama’s seductive policy toward a hostile, aggressive narrative coupled with corresponding measures to tighten the blockade while maintaining diplomatic relations as the main feature of the Obama opening.

In the context of the Trump Cuba policy, the tenets of the “normalization” myth – emboldened by the virtual across-the-board majority opposition in the United States and abroad to the Trump Cuba policy – have doubled-down in promoting the myth of “normalization” under Obama. Taking advantage of the fact that Obama looks so immaculate compared with Trump on Cuba, who would dare to argue that Obama did not desire the “normalization” for which he took the first step? Who can shut their eyes to the Obama policy being short-circuited by Trump? Equating Obama with “normalization” is so “politically correct” in some academic circles to the extent that any dissenting commentator is supposed to be intimidated by this hoped-for hegemonic opinion on Cuba-U.S. relations.

Is Fidel’s resistance to the “normalization” narrative as a non-existent silver lining of the cloud no longer valid? Are his crystal-clear ideas on the empire’s opportunistic use of tactical changes to reach the same elusive goals of domination no longer applicable?

Cuba-U.S. relations will never be the same as they were before 17D irrespective of who occupies the White House. U.S. ideological and political incursions into Cuba’s socialist culture, while still relatively marginal, take on new dimensions with fresh devotees. For example, serious observers cannot help but notice among some youth and some self-employed private sector workers the existence of preconceived positive views about U.S. society, culture and even its political system. Consider this as a litmus as to the view that U.S. cultural inroads transcend presidential mandates: Has the proliferation in Havana streets of U.S. flags worn as clothing diminished since the election of Trump and his aggressive rhetoric? No. In fact, this trend’s steady increase shows no sign of let up despite the fact that Trump is head of the empire and its visible face along with the flag. The new president is riding on the coattails of the Obama legacy consisting of irruption into Cuban socialist culture.

As a final thought on this day as we acknowledge the validity of Fidel’s thinking: What will happen if the Democrats win back presidential power in 2020? If this trend that currently creates illusions about “normalization” (and its corollary of a political and economic system for Cuba that bears more of a stark resemblance to the U.S. than the Cuban Revolution) continues, what will happen in November 2020?

Cuba’s socialist and political system will be the target of an unprecedented and coordinated ideological and political offensive based on the daydream-come-true of “normalization.”

Not only do his ideas frame the content as the solid and irreplaceable guide, but just as important is the form with which Fidel delivered his thoughts. He courageously stated and wrote what he thought – with precision timing in his delivery – in order to defend the Cuban Revolution. This was his only criterion.

Fidel’s ideas and his heroic attitude in declaring them are, today, one year after his passing, more valid than ever. His example stands out not only for Cubans but for revolutionaries around the globe.